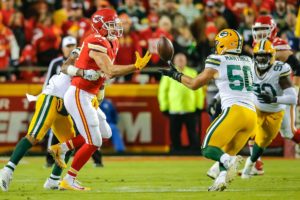 Tonight’s Packers-Chiefs matchup is really all about who will play tonight. The Packers, who haven’t had much preseason success playing on the road, were considering playing QB Aaron Rodgers and some of the team’s other starters. That is what shifted the line from the Chiefs -4.5 to Green Bay -1. On the other side, Chiefs head coach Andy Reid will not play QB Patrick Mahomes who got enough preseason work last week. It’s doubtful any of the Chiefs’ starters will play at all.

Quarterback Jordan Love, Rodgers’ backup, went 12-for-24 for 113 yards passing and one touchdown. Green Bay head coach Matt LaFleur has yet to rule out Rodgers from playing tonight. Whether he does or not, it will be Love who gets the majority of the snaps.

Kansas City also won its preseason game last week. The Chiefs beat Washington 24-14 behind a solid performance from Mahomes. The Chiefs starter went 12-for-19 for 162 yards and two touchdowns. That was enough for Reid. He knows exactly what Mahomes can do. Tonight, Reid will hand the keys of the offense over to backups Chad Henne and Shane Buechele. Henne is a veteran NFL backup with Buechele hot on his tail for the Chiefs’ No. 2 quarterback job. With Mahomes on the sideline, that is why the Chiefs are now a 1-point home underdog.

LaFleur ultimately did decide that Green Bay’s starters would not play tonight. Still, the Packers remain a slight road favorite. Covering the spread will be much easier said than done. Green Bay is just 2-6 ATS in its last eight preseason games. However, the Packers are 4-1 ATS in their last five games against Kansas City.