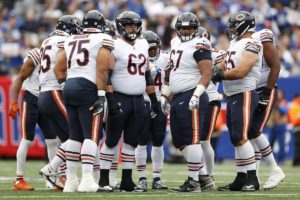 Patriots starting quarterback Mac Jones was given the go-ahead to play and is expected to start tonight for New England in its Monday night matchup with the Chicago Bears. Rookie Bailey Zappe, a fourth-round draft pick, played admirably filling in for Jones while his ankle healed.

Jones participated in practice only to a limited extent on Thursday, but Bill Belichick, the head coach of the New England Patriots, had suggested that he might be given the go-ahead to play before Monday. Jones was finally cleared to play which means Zappe’s time as a starter is up. The NCAA’s all-time leading passer and former Western Kentucky great did just fine in helping the Patriots get to 3-3 on the season.

Zappe replaced backup Brian Hoyer after the team’s overtime loss to Green Bay in Week 4. Since then, Zappe has led New England to victories over Detroit and Cleveland while completing 51 of 70 passes for 596 yards, four touchdowns, and an interception. Zappe led the New England offense to season-highs of 29 and 38 points in those two victories.

Chicago has lost its last three games, each by a single possession after winning two of its first three games. The Bears haven’t competed since Week 6 when they suffered a tough 12-7 home defeat to Washington.

The Bears will attempt to make up for two glaring deficiencies. In terms of yards allowed rushing by the opposition, Chicago is 29th in the league. The Bears allow 163 rushing yards per game. They also allow 4.8 yards per rush attempt, which ranks 24th. If the Bears allow New England to run wild, it could be a long night in Foxborough.

Although their offense has not played well, the one thing the Bears have done well is run the ball. The Bears’ second-ranked running game, which averages 170.8 yards per game, is strengthened by Chicago quarterback Justin Fields who averages 5.2 yards per carry. The Bears’ top two rushers are David Montgomery (246 yards) and Khalil Herbert (402 yards).

The Bears’ passing offense remains the worst in the NFL. Chicago averages just 122.8 passing yards per game. In a league that relies heavily on the passing game, that is one of the worst numbers in a long time. Fields has been sacked 23 times in his 115 pass attempts so far this season. That’s roughly one sack per every five drop-backs for the Chicago quarterback.

In the series with Chicago, New England holds a 10-3 advantage. The Patriots have defeated the Bears five straight times. NFL history could be made on Monday night. New England head coach Bill Belichick and former Bears coach George Halas are tied for second place all-time with 324 career coaching victories (including playoffs). With a win tonight, Belichick would pass Halas on the list. Don Shula holds the record for most wins with 347.