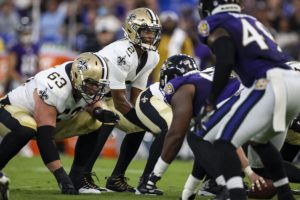 At the trade deadline, Baltimore made a significant deal. Roquan Smith, an All-Pro linebacker, was acquired by the Ravens from Chicago. Smith, one of the top tacklers in the NFL, helps the Ravens in repairing a significant defensive gap. With 83 tackles, Smith had the most in the NFL heading into this week. The Ravens’ defense will only be better with Smith. This season, Baltimore is ranked fifth against the run and sixth against the pass.

John Harbaugh, the head coach of Baltimore, shouldn’t have any trouble on defense, especially with the acquisition of Smith. The offense is a different matter. The most notable injuries for the Ravens are those to RB Gus Edwards (hamstring), TE Mark Andrews (shoulder and ankle), and WR Rashod Bateman (foot). It was just announced that Bateman will miss the remainder of the season.

Andrews is out for tonight and Edwards is listed as doubtful. Regardless, the Ravens’ offense still has a ton of playmakers. Isaiah Likely, a reserve tight end, caught six passes for 77 yards and a touchdown in the win over the Buccaneers.

The NFC South is still up for grabs, with the Atlanta Falcons tied for the division lead with a 4-5 record. After blanking the Las Vegas Raiders 24-0 last Sunday, the Saints are still in the running. Last week, Andy Dalton continued to start at quarterback for the Saints under head coach Dennis Allen, and he performed well, completing 22 of 30 passes for 229 yards and two touchdowns. Dalton didn’t throw any interceptions either, compared to the three he had the week before in a loss to the Arizona Cardinals. Two of those picks were returned for touchdowns.

Ravens QB Lamar Jackson is the centerpiece of Baltimore’s offense, so New Orleans will need to find a way to slow him down. He is the polar opposite of Raiders QB Derek Carr, who the Saints were able to pressure and harass during their game last week. Jackson, of course, has considerably better mobility than Carr does.

Alvin Kamara, the Saints’ running back who scored his first rushing touchdown of the year last week, will need to provide more for the offense. The Saints are still a top-10 offense despite their problems. They are fifth in both passing and rushing offense and seventh in points scored per game (25.0).