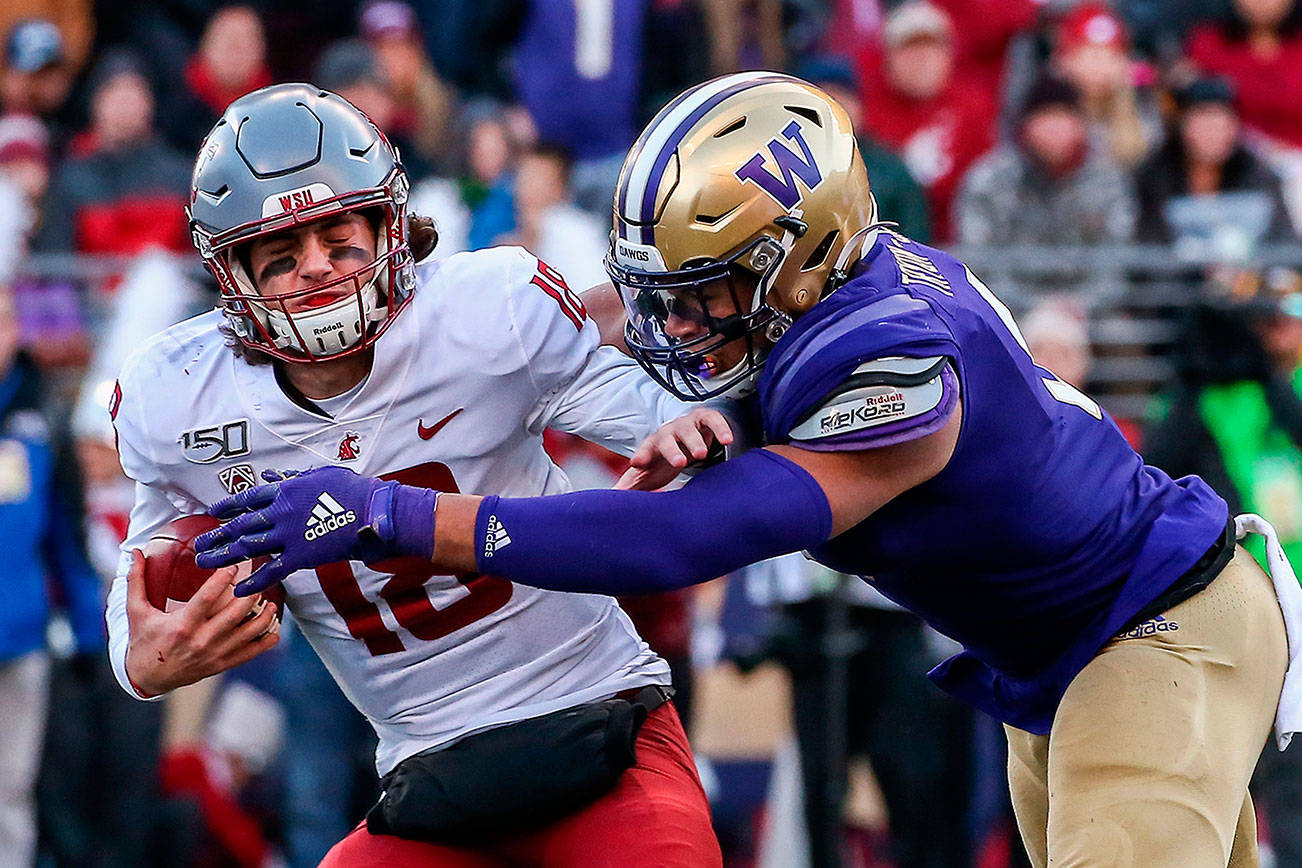 At the beginning of the 2021 college football season, the Washington Huskies were ranked in the first preseason AP poll. Things haven’t gone exactly as planned. Washington is just 4-7 and fired its head coach Jimmy Lake a few weeks ago. Now, they enter tonight’s Apple Cup rivalry game as a one-point underdog at home.

Washington State (7-4) got off to a slow start this season and also lost its head coach Nick Rolovich when he decided he was not getting the COVID-19 vaccine, a requirement for all Washington State employees. The Cougars have rebounded nicely though winning five of their last seven games. The only losses were to two ranked opponents – Oregon and BYU.

The Huskies enter tonight’s game on the heels of a three-game losing streak. In their defense, they have kept games close. They lost to Oregon 26-16 followed by losses to Arizona State (35-30) and Colorado (20-17) last week. Washington has been having a tough time putting up any points. Part of that problem is related to the Huskies inability to run the football. In those last three games, Washington has rushed for 62.7 yards per game. For the season, the Huskies only average 106.5.

The Cougars have really been playing well and it is primarily due to their offense. In four of their last six games, Washington State has scored at least 31 points. It has been the play of QB Jayden de Laura that has led the charge. The Cougars quarterback has 2,506 yards passing and 23 touchdowns. In those past six games, de Laura’s average QB rating is 158.7. That is outstanding.

What makes tonight’s game an interesting one is that the powerful Cougars passing game will go up against the No. 1-ranked passing defense in the country. That’s right. Washington has the best pass defense in the nation. They have allowed opponents just 122.9 yards passing per game.

Wazzu is coming off a 44-18 win over Arizona last week. They scored an impressive 34-21 win over Arizona State two weeks prior. Washington has not had similar success in its Pac-12 schedule. While Washington State has covered the spread in six of their last seven games, the Huskies have just one cover at home against a Pac-12 team. Washington has only allowed over 27 points in one conference game this season.

Washington has won the last seven games in this series. The Cougars haven’t beaten the Huskies since 2012.