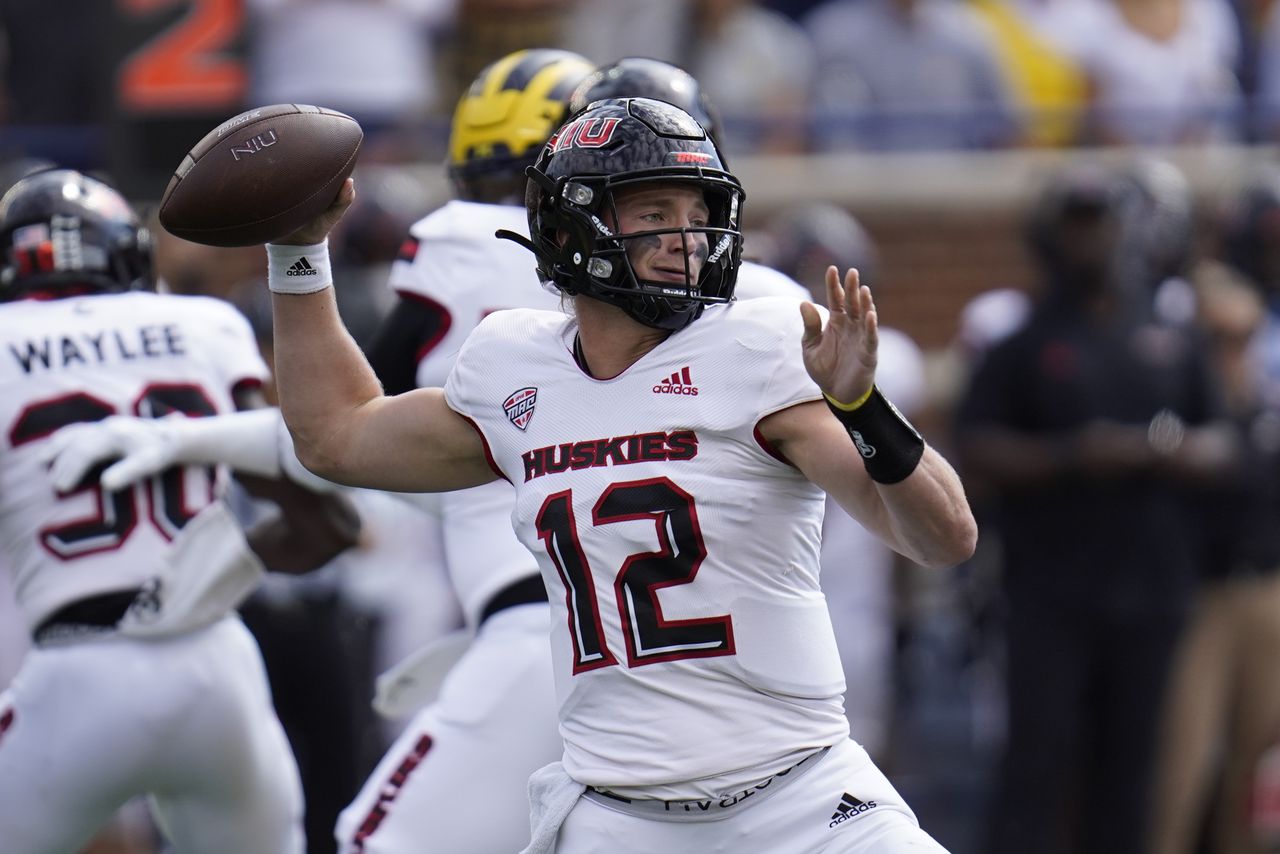 Northern Illinois can get closer to a MAC title with a road win at Buffalo tonight. The Huskies are 7-3 overall and 5-1 in MAC play and can help to lock up a berth in the conference championship game with a win over Buffalo. If Ball State can beat Central Michigan tonight in the other MAC-tion game, the Huskies are assured a spot in the MAC title game. If not, NIU will have to beat Western Michigan next week.

Tonight’s game could be a tricky spot for Northern Illinois. Teams almost never know what they will get from Buffalo, one of the more wildly inconsistent teams in the country. This is a Bulls team that lost by just a field goal to nationally-ranked Coastal Carolina early in the season. The last two weeks, Buffalo lost to Miami (OH) and Bowling Green. The loss to Bowling Green gave the Falcons their first MAC win of the season.

The Bulls are 4-6 overall and just 2-4 in conference play. They could be a lot better. Buffalo actually has one of the better running games in college football. The Bulls average 197.6 yards per game on the ground. That ranks 30th in the nation. That power running game was established by former coach Lance Leipold who just led Kansas to an upset of Texas last week. New head coach Maurice Linguist has stuck with that emphasis on the run.

Dylan McDuffie is the Bulls leading rusher with 857 yards and he also has 10 touchdowns. The ability to run the football will help Buffalo keep the ball away from an even better rushing offense. Northern Illinois ranks in the top 15 in the nation in rushing.

For years, the Huskies have built their offense around a strong running game. NIU ranks 15th in the country averaging 220.5 yards per game. Jay Ducker is the leading rusher with 734 yards and Harrison Waylee adds 574. Quarterback Rocky Lombardi, a Michigan State transfer, is also an important part of the running game. Lombardi has 376 yards rushing and, like Ducker and Waylee, averages over five yards per carry. RB Clint Ratkovich, who has 252yards, leads the team in rushing touchdowns with eight.

Buffalo has had difficulties covering the spread recently. The Bulls are just 1-4 ATS in their last five games. What stands out though is the Bulls ATS record at home. Buffalo has an ATS record of 10-2-1 in its last 13 home games.

The Huskies are 5-2 ATS in their last seven games overall. In the series with Buffalo, NIU has covered the spread in eight of the last 12 games. The Huskies have also performed well on the road. In their last 19 games away from home, NIU is 13-6 ATS.