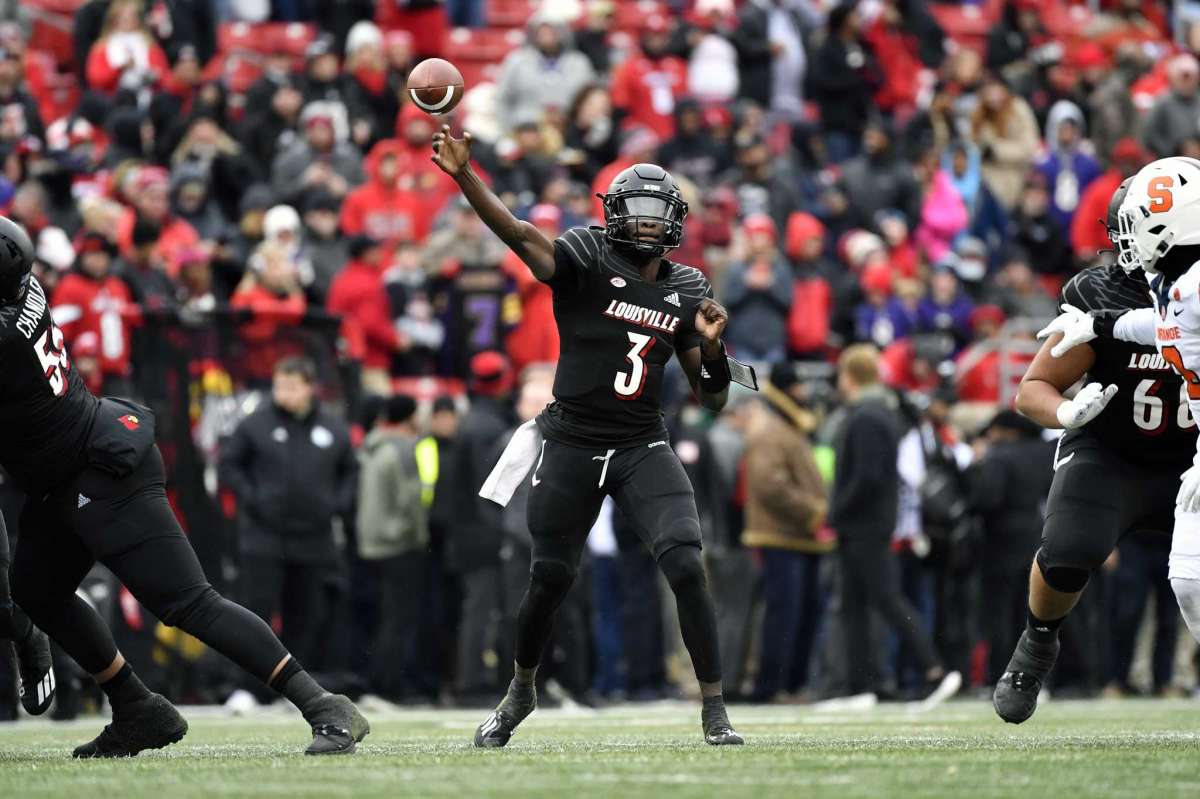 A win over 3-7 Duke tonight will make Louisville (5-5) bowl eligible. For the Cardinals, doing so doesn’t seem like it should be all that difficult. This is a Duke team that has yet to win an ACC game this season. The Blue Devils are 0-6 in conference play. Louisville is coming off a pretty impressive 41-3 win over Syracuse last week.

The Cardinals are very well-balanced on offense and equally capable running or passing the football. Quarterback Malik Cunningham is the closest thing to former Cardinal Lamar Jackson that Louisville has had at the position. Cunningham is the team’s leading rusher with 709 yards on the ground. He also has 16 rushing touchdowns. In the passing game, Cunningham has thrown for 2,286 yards and another 13 touchdowns. Running back Jalen Mitchell is also a big part of the offense and has rushed for 633 yards.

It’s very difficult to win games when you give up that many points. It’s even harder when your offense scores just 24.2 points per game. The surprising thing is that the Blue Devils offense is actually pretty good. Duke is 27th in the nation in rushing averaging 198.9 yards per game and 33rd overall in total offense (436.7 ypg). The problem for Duke is that while they can move the ball up and down the field; they have a problem when they get inside an opponent’s red zone. The Blue Devils red zone scoring percentage ranks 122nd in the nation. Duke can get close, but they just can’t capitalize on their opportunities.

That is one of the reasons why Duke is 1-5 ATS in their last six games, which were all conference games. Louisville is 5-3 ATS in their last eight. What’s interesting is that while both have been members of the ACC for several years, the two programs have only played each other twice. Louisville won both games, the most recent in 2016 and one in 2002.

Both teams trend Under. Only one of Louisville’s last five games has not gone Under the posted game total. The total has gone Under in four of Duke’s last six games. Duke has failed to win a conference game in its last 11 tries.