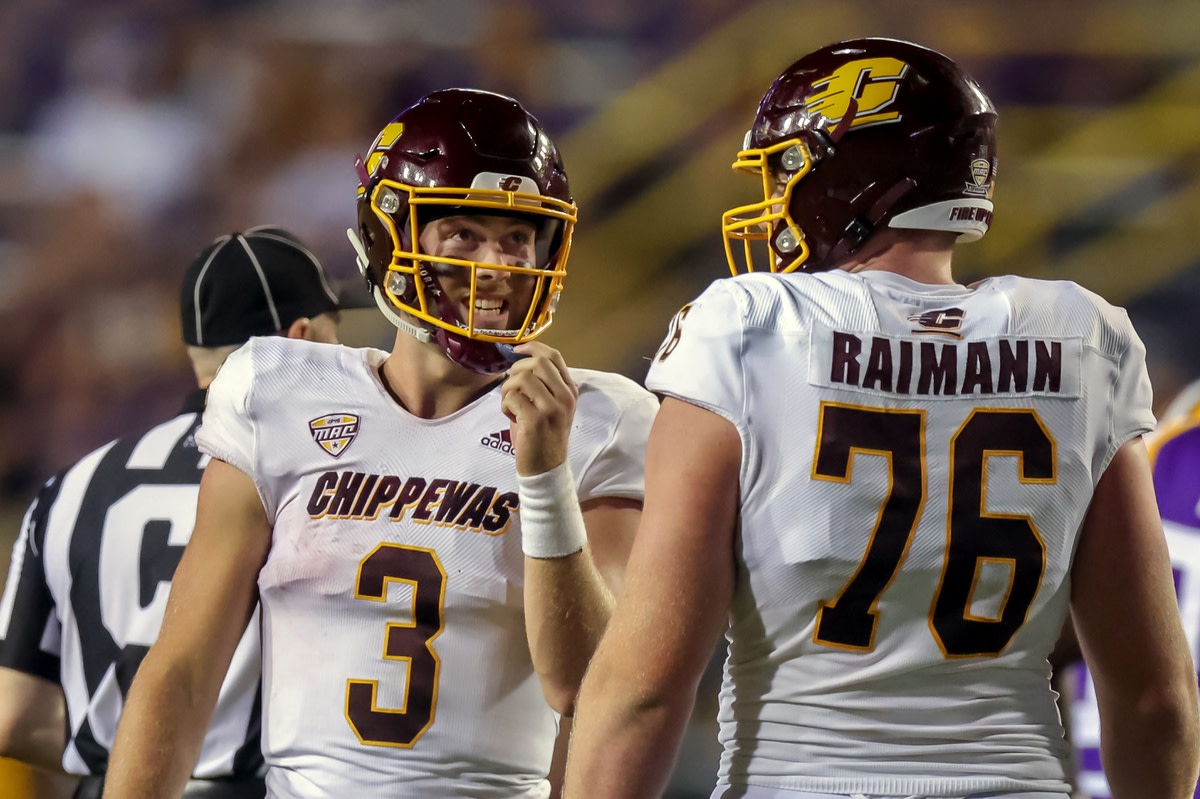 MAC-tion itself is exciting enough. Tonight’s version of MAC-tion from Mount Pleasant, Michigan, will be about as entertaining a football game as you’ll see all season. The up-tempo, high-flying Kent State offense will take on the equally prolific Central Michigan Chippewas tonight in a game that could have an impact on whether or not the Golden Flashes play for the MAC title.

Kent State is 4-1 in MAC play and in first place in the East Division. The Chips are 3-2 and a game behind West Division leader Northern Illinois. Whatever happens, tonight’s game is likely to be a wild one which is typical in the MAC.

The Golden Flashes have one of the most exciting offenses in college football. They average over 476 yards of offense and 31 points per game. In MAC play, Kent State averages over 38 points per game. The offense, which runs 76 plays per game (10th in the nation), is led by veteran QB Dustin Crum. The senior has thrown for 2,092 yards and 11 touchdowns. Last week in a win over Northern Illinois, Crum threw for 320 yards and two touchdowns and also rushed for two more scores.

The running game is the sixth-best in the country. Kent State runs for 235.7 yards per game. The leading rusher is Marquez Cooper (731) who is one of three players with over 400 yards on the ground. Crum, who is considered by many to be the best quarterback in the league, is one of them with 440 and a team-high eight rushing touchdowns.

Central Michigan also runs a high-octane offense. The Chippewas run 74 plays per game (18th) and have scored 30-plus points in five of their nine games this season. That includes the last two. Last week, CMU rallied from a 14-point deficit to score 42 straight points and beat rival Western Michigan 42-30. Two of the touchdowns did come on punt returns by Kalil Pimpleton, but he is an explosive part of the Chips offense. Pimpleton leads CMU with 43 catches and 691 yards from his wide receiver spot.

Running back Lew Nichols is already over 1,000 yards with 1,082. He has seven touchdowns. CMU relies a bit more on the passing game. Quarterback Daniel Richardson has 1,743 yards and 15 touchdown throws. CMU has the 22nd-ranked passing offense in the nation.

Even with its high-powered offense, Kent State has seen more Unders this season. The game total has gone Under in six of the Golden Flashes nine games. They do face some pretty high totals like the 75 tonight, which is the highest total either team has faced this season. In the last five games in this series between Kent State and Central Michigan, the Over has hit in all five games. The two teams haven’t played each other since 2017. CMU won 42-23 on the road at Kent State.