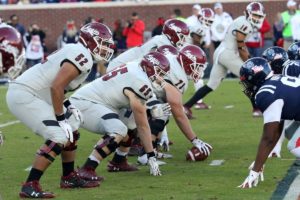 Nevada returns the least amount of production in the nation with just six starters back from last year’s squad. Nevada lost its starting quarterback (Carson Strong) to the NFL, along with its top seven receivers and four starting offensive linemen. On the defensive side of the ball, Nevada enters the 2022 campaign without eight of its top eleven tacklers from last season.

Making matters worse for the Wolf Pack is the fact that two projected starters, right tackle Aaron Frost and safety JoJuan Claiborne, are out. 45 players who were on last year’s roster are no longer on the team and the Wolf Pack have a few walk-ons in the two-deep.

The Wolf Pack also have a new head coach in Ken Wilson, whose upper-level college coaching experience includes just one year as the co-defensive coordinator at Oregon. Prior to that, Wilson was a linebackers coach for Oregon and Washington State. The departure of former coach Jay Norvell (33-26) is a significant loss and Wilson’s hiring is suspect at best.

New Mexico State also welcomes new leadership with Jerry Kill, a former Big Ten Conference Coach of the Year who served as TCU’s interim head coach for four games last season. Prior to that, Kill was the head coach at Minnesota (2015) and subsequently served as an assistant at Rutgers and Virginia Tech. Kill has his work cut out for him as the Aggies have eclipsed the three-win mark just once in the last decade.

New Mexico State has played in one bowl game over the last 62 years and is 8-30 straight-up since appearing in the 2017 Arizona Bowl. However, Kill’s first transfer/recruiting class ranks 88th in the nation, which is remarkably high for such a downtrodden program.

The Aggies welcome back thirteen starters, including nine on the defensive side of the ball. New Mexico State has a strong group of linebackers anchored by Michigan transfer Andre Seldon. Defensive coordinator Nate Dreiling returns 98% of pressures created last season and should exploit an inexperienced Nevada offensive line that returns just 11% of snaps played from the 2021 season. Nevada returns just 9% of its passing production from last year and will struggle against a more experienced New Mexico State secondary that returns 47% of passes defensed in 2021.

Kill is 7-1 straight-up in home openers in his college career with only one loss coming by seven points. Over the last four seasons, Nevada has managed to win only seven of its 26 games away from home by more than ten points. The Wolf Pack are also prime regression candidates after leading the nation in turner margin last season at +16 (27 takeaways against 11 giveaways). Nevada led the nation (tied with four other teams) with only two fumbles lost last season and finished third in Fumble Lost% at 22.22%. The Wolf Pack also recovered 13 of 23 fumbles by opponents.

The 30 most recent teams to have finished a season with a positive 1.0 or better turnover differential and have a new quarterback have dropped by 1.4 wins per season in the next campaign. These teams declined by 11.3% against-the-spread over that span. Since 2013, Week 0/1 college football road favorites are just 30-45 ATS, which is significantly worse than when these same favorites are at home or on a neutral field (140-123 ATS; 53.2%).

Since 2013, college football favorites of seven points or more are just 18-25 ATS in Week 0/1 matchups between Group of 5 teams. Grab the points with New Mexico State and invest with confidence.

Words of Caution: Nevada is 14-2 straight-up in the last sixteen meetings in this series and has covered the Vegas number in five of the past nine clashes. Nevada is also a perfect 8-0 SU all-time at New Mexico State.