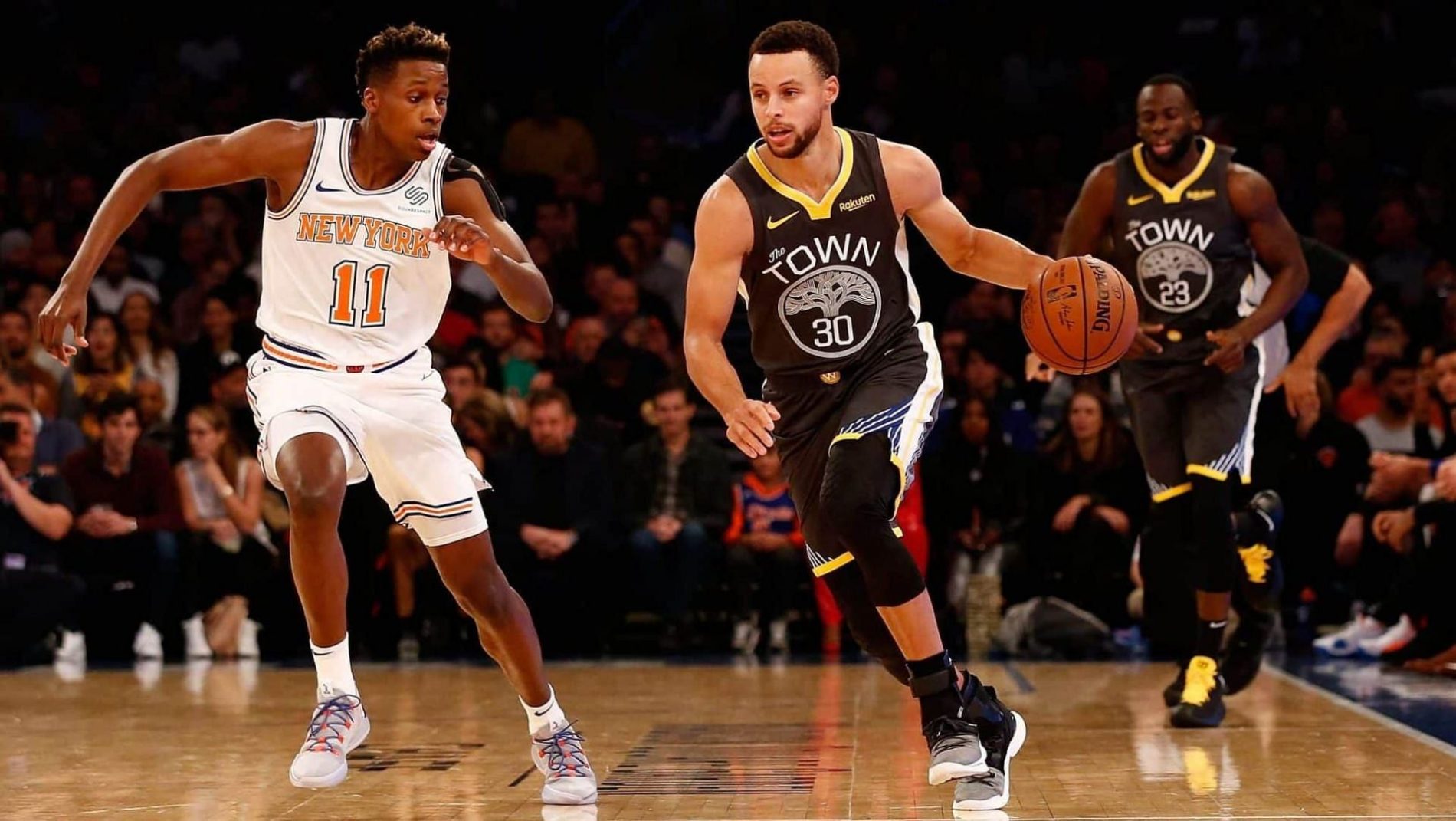 Tonight is the night history could be made. Golden State’s Stephen Curry needs just two three-pointers to surpass Ray Allen as the NBA’s all-time leader. Curry has made nearly four three-pointers per game for his career. He is coming off a 26-point performance last night in a win over Indiana. Curry drained five three-pointers.

While the record will be on the minds of fans and players tonight, head coach Steve Kerr would like to add another win to the NBA’s best record (22-5). The Warriors have won three of their last four and seven of the last ten to sit atop the Western Conference and own the best record in the league.

The Warriors have been absolutely outstanding thus far this season. They have the NBA’s best net rating (11.7), the best defensive rating, and the fourth-best offensive rating. That is proof that Golden State is not just Stephen Curry.

Now, Golden State does operate in a fashion conducive to what Curry does best. The Warriors are second in three-point shot attempts per game. They rank No. 8 in three-point field goal percentage shooting 36.8 percent from behind the arc.

What’s interesting is that on defense, Golden State allows opponents to shoot just 33 percent on their three-point attempts. That ranks third in the league. Overall, the Warriors hold teams to 42.4 percent shooting from the floor. That is the best in the NBA.

The Knicks have just one win in their last seven games. They lost their third straight on Sunday dropping a 112-97 decision to Milwaukee. Part of the problem has been injury and illness. R.J. Barrett and Obi Toppin missed the game against the Bucks due to COVID-19 protocols and will be out tonight as well.

The bigger problem for the Knicks has been an offense that simply is not producing. For the season, New York ranks 22nd in the NBA in scoring averaging 105.8 points per game. In four of their last seven losses, the Knicks did not break 100 points. They managed just 87 points in a loss to Toronto last Friday night.

New York has also struggled on defense. The Knicks rank just 24th in defensive rating and over the last two weeks New York is allowing opponents to score 119.2 points per 100 possessions. The Knicks do not defend the three-pointer well either allowing teams to hit 35.7 percent from behind the arc. That, of course, is a strength for the Warriors.

The Warriors have only covered the spread once in their last five games. The total has gone Under in eight of their last ten games. Golden State is 4-2 ATS in its last six games against the Knicks and the Under is 9-1 in the Warriors’ last ten road games. The Knicks haven’t beaten the Warriors at home in the last seven tries. The total has gone Over in five of the last seven Warriors-Knicks games.