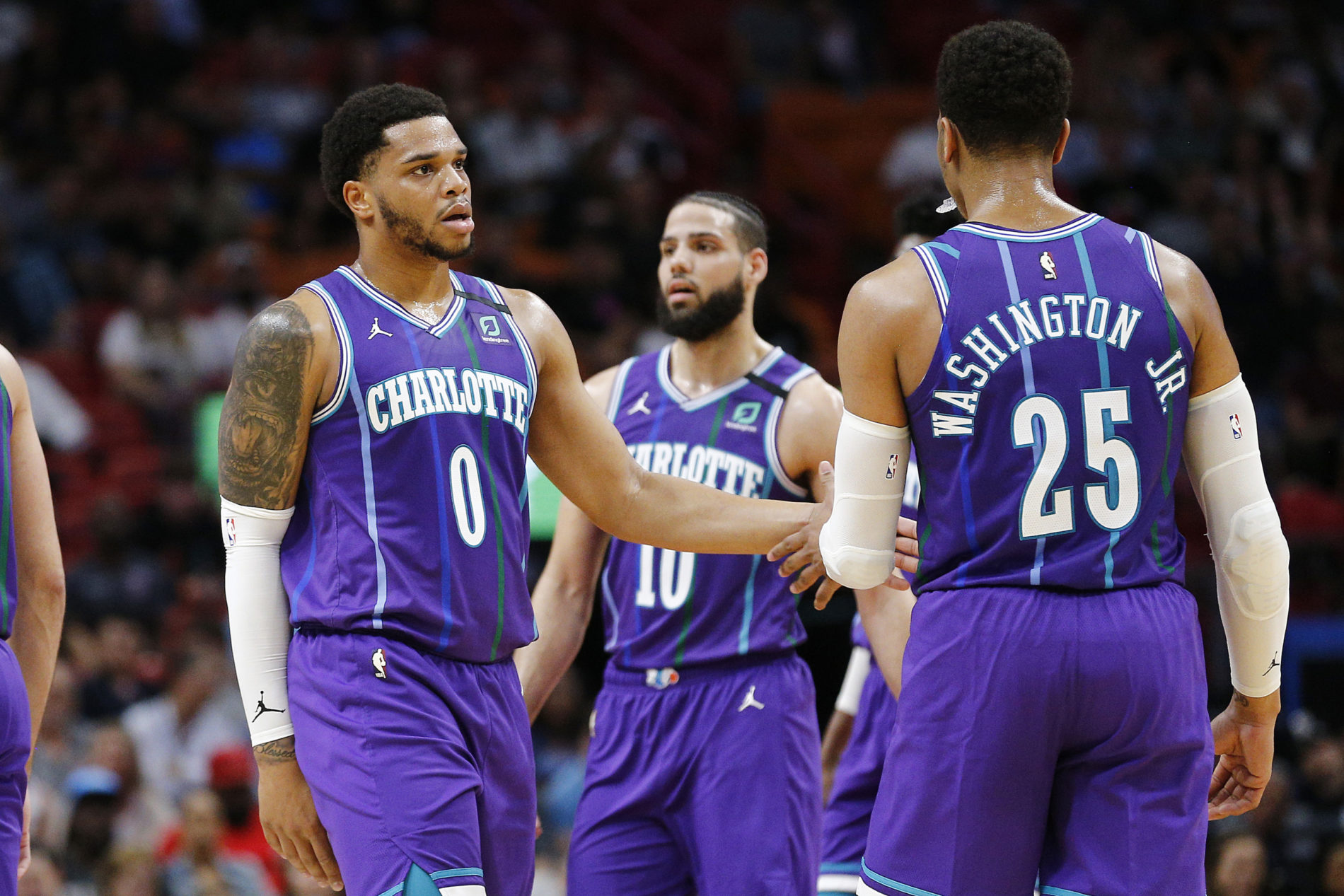 The Charlotte Hornets have won eight of their last ten games and head to Chicago tonight. Both teams are coming off losses in their last game. The Bulls dropped a 107-104 decision to Miami on Saturday. The Hornets defense was exploited in a 146-143 loss to Houston. Ironically, the Bulls also lost to Houston last Wednesday 118-113.

The Hornets are one of the worst defensive teams in the NBA. They rank 28th in points allowed per game (114.1) and they have allowed 115 or more in four of their last six games. The theme for Charlotte this season has been simply to outrun and outgun opponents on the offensive end and hope for the best on the other end.

One factor that contributed to the ugly loss to Houston – the team with the worst record in the NBA (3-16) – was the absence of Mason Plumlee. Charlotte isn’t very good defensively, but Plumlee gives the Hornets some defensive presence around the rim. Without him, the Rockets were able to go off. That might be an indication of what Chicago can do tonight. Plumlee is listed as out for tonight’s game with his calf injury.

The Bulls have cooled off recently losing three of their last four games, including their loss to the Rockets. Chicago is just as talented as Charlotte on the offensive end. DeMar DeRozan (25.8 ppg) and Zach LaVine (25.3 ppg) are among the NBA leaders in scoring. While the Bulls can score with anyone – Chicago ranks 14th in scoring – they are also very good on the defensive end.

Chicago ranks seventh in points allowed per game (103.9) this season. The Bulls rebound well (10th in the league) and can match up with any opponent regardless of style. The Bulls play well at home and have played well when they are the favorite as they are tonight. In the last 17 games where the Bulls have been favored, they are 13-4 ATS.

Despite Charlotte’s defensive shortcomings, they have been able to cover in their last ten games. They are 7-3 ATS in their last ten. The Hornets have bounced back and forth at either No. 1 or No. 2 in scoring this season. They have faced some pretty high totals and, as a result, are trending Under. The Under has hit in seven of the last ten Hornets games.

Tonight’s game also has the added bonus of the Ball brothers – Charlotte’s LaMelo and Chicago’s Lonzo – squaring off against one another. Lonzo averages 12.3 points, 5.4 rebounds, and 4.7 assists for the Bulls. LaMelo, last year’s NBA Rookie of the Year, scores 19.4 points and leads the Hornets in both assists (8.0) and rebounds (7.9) per game.