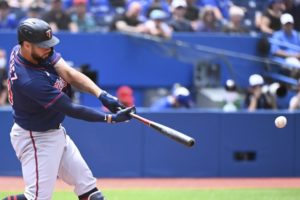 The Toronto Blue Jays have vaulted into second place in the AL East thanks to a stretch of 11 wins in their last 15 games. The Blue Jays are now 58-45 and trail the New York Yankees by 11 games. Toronto has a four-game lead over third-place Tampa Bay as they begin a four-game weekend series with Minnesota. The Twins have had some difficulties winning games recently. They are just 5-5 in their last 10 games and now lead the AL Central by just one game.

The Twins hope to recover some of their magic tonight, but they will have their work cut out for themselves. Toronto will start its best pitcher, Alek Manoah. The Blue Jays right-hander is 11-5 in 20 starts this season. He has a 2.43 ERA and a WHIP of 0.99. On the road, his ERA is slightly better at 2.37. Manoah did lose his last start, one in which he gave up four earned runs to the Tigers in a 4-2 loss. That loss gave Manoah a 2-3 record in his last five outings, but the Blue Jays have won eight of his last 13 starts.

Manoah has one career start against the Twins. It came late last season. He allowed six hits and two runs in 5.2 innings. Toronto won 5-2 and Manoah struck out eight. He will face a strong Minnesota lineup that features All-Star Byron Buxton who is 11-for-34 (.324) with three home runs and nine runs scored in his last 10 games. When Minnesota played Toronto on June 3, Buxton went 3-for-5 with a double, home run, and two RBIs. The Twins won the game 9-3.

The Twins will start veteran right-hander Sonny Gray who is 6-3 with a 3.41 ERA. In June, Gray was outstanding with a 1.69 ERA. In July, that number ballooned to 5.92, but his last two outings have been productive. He pitched six innings against Detroit and allowed one earned run and followed that up with five hits and one run in five innings against San Diego. The Twins and Gray won both games.

Gray will face one of the hotter lineups in baseball. In the last 15 days, the Blue Jays rank in the top-5 in about every offensive statistical category. They are top-5 in batting average, OBP, and OPS. The Twins, on the other hand, rank below average in those same categories. The hot hitting is one of the reasons why Toronto is 11-3 in its last 14 games. The Jays are also 4-1 in their last five road games.