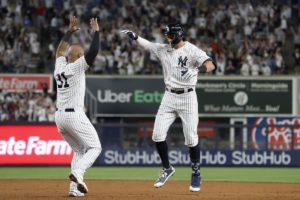 Houston ace Justin Verlander may have had the biggest grin after the Astros’ Game 1 victory against the Seattle Mariners in the American League Division Series. Yordan Alvarez’s three-run walk-off home run allowed Verlander to put one of his least successful postseason starts behind him. In four innings against the Mariners on October 11, Verlander, who will start Game 1 of the American League Championship Series against the visiting New York Yankees, gave up six runs on ten hits and one walk.

The Astros, who went 5-2 against the Yankees in the regular season, are still confident that Verlander will regain his form for Game 1 of the series. In 23 career regular-season starts versus the Yankees, Verlander is 9-7 with a 3.44 ERA. In eight playoff starts, he is 4-1 with a 2.75 ERA.

The Astros will have a momentary advantage given the stakes because the Yankees will be arriving late in Houston after eliminating the Cleveland Guardians in the AL Division Series on Tuesday night. Cleveland lost to visiting New York 5-1 in the pivotal fifth game. The Yankees defeated Cleveland in the final two games to prepare for their rematch with Houston, who knocked them from the playoffs in 2015, 2017, and 2019.

In the 2017 ALCS, the Astros took full advantage of their home-field advantage against the Yankees by winning all four of their games at Minute Maid Park. Houston went on to defeat the Los Angeles Dodgers in the World Series that year, but the victory was ultimately tarnished by a ruling from Major League Baseball two years later that the Astros had used unethical methods to steal signs from their opponents.

Jose Altuve’s two-run homer off Aroldis Chapman gave Houston a historic series walk-off victory over the Yankees in Game 6 of the 2019 ALCS.

The Yankees hope that the past is not a predictor of the future. They will turn to Jameson Taillon (14-5, 3.91 ERA in the regular season; 0-1, postseason) in Game 1 because their rotation has been strained by two weather-related postponements in the ALDS. In his lone outing against the Guardians, Taillon failed to record an out while giving up two runs on three hits, leading to a 4-2 defeat in Game 2 last Friday.