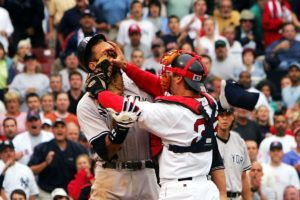 The Boston Red Sox and New York Yankees will play a two-game series starting Tuesday night in Boston following their weekend series victories over American League East opponents. During a seven-game home stand, New York (85-56) won both series against Minnesota and Tampa Bay, improving to 6-2 over its last eight games.

After only doing it six times in all of 2021, the Yankees have scored double-digit runs in consecutive games and have done so a league-leading 20 times this season — including Sunday’s 10-4 victory against the Rays.

Gerrit Cole, who is 11-7 with a 3.20 ERA, will start for the Yankees tonight. Last week in the second game of Wednesday’s doubleheader victory over Minnesota, he struck out a season-high 14 batters over 6.2 innings. Cole allowed just one run. Currently, he has the most strikeouts (218) in the majors. In 13 of his previous 25 starts – including three of the last five – Cole has given up 0 or 1 earned run. In 13 starts versus Boston in his career, he is 7-3 with a 4.14 ERA. This season, three starts against the Red Sox have resulted in two victories.

The Yankees ended the weekend with a 5.5-game division lead over second-place Tampa Bay despite their 10-18 August slump. Gleyber Torres hit multiple home runs for the second time this season on Sunday, giving him a total of 20 for the year. On Sunday, Oswaldo Cabrera blasted his first home run in a major league.

Boston (69-72) won the final two games of its three-game series with Baltimore with a 1-0 victory over the Orioles on Sunday to wrap up a rather mediocre 2-4 road trip through Tampa and Baltimore. Before four relievers sealed the ninth Red Sox shutout of the year, Rich Hill had struck out seven in five innings with only two hits. The Red Sox won 17-4 the day before with a season-high 17 runs on 21 hits.

The Red Sox will start Nick Pivetta who is 9-11 with a 4.29 ERA this season. In his last start which came against the Rays, Pivetta was on the wrong end of a 1-0 score when he gave up a run in the fifth inning. Pivetta threw 101 pitches and managed to complete the five innings while only giving up two hits and three walks.

Pivetta is Boston’s workhorse having thrown 155.1 innings this season. He’s on pace to break his personal record. New York has hit Pivetta for 17 runs in 13.1 innings over the course of his last four starts. He has made five career starts against New York and has a 9.67 ERA versus the Yankees overall.

Despite losing two of three games in Boston last month, New York still holds a 7-6 lead in the series this season. In their last 20 games against the Red Sox, the Yankees are 13-7. Boston has won six of its last seven home games.