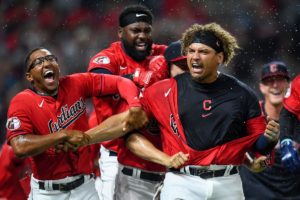 In a pivotal three-game series, the Minnesota Twins (69-67) welcome the Cleveland Guardians (70-65) to town. The two teams are competing for first place in the American League Central Division. This is the first of eight face-to-face encounters taking place over the next 11 days.

With a 2-6 record in their past eight games, both teams are under pressure. The starting total was 8. You get the impression that this might be a grind-it-out affair in which runs are scarce because the Under is 4-2 in their last six head-to-head matchups.

In the first game of the series tonight, the Guardians will send Cal Quantrill to the hill. He has a record of 11-5 for the year and should be in good shape after having his most recent appearance cut short due to bad weather after only three innings.

In his last 11 starts, Quantrill has gone 7-0 and hasn’t lost a start in more than two months. He pitched eight quality innings in a no-decision against the Twins back in June, and this is his second start against them this year.

Against the White Sox in his most recent start, the Twins’ Dylan Bundy, who is 8-6 with a 4.34 ERA, pitched five scoreless innings. Bundy received a no-decision in his lone start against the Guardians this season.

Cleveland is hopeful that tonight’s matchup with their divisional rivals will get their offense going. In their last 10 games, the Guardians have been shut out four times while scoring an average of just two runs a game. The good news is that they have prevailed in six of their previous 11 games against the Twins so far this year, and they continue to lead the division by 1.5 games.

Guardians slugger Jose Ramirez has had a difficult month, hitting just .154. Ramirez, who ranks third in the majors with 108 RBI, has gone ten games without hitting a home run and has only amassed two RBIs throughout that span. Ramirez has hit just .222 in 11 games this season against the Twins.

For Minnesota, catching the Guardians must be their first priority because a wild card slot may be out of their reach. The Twins are now seven games behind Toronto for the final wild-card spot in the AL.

The Twins get the benefit of playing at home at Target Field where they are 5-1 in their last six games. Minnesota is 13-7 SU in its last 20 games at home against Cleveland. With the Guardians’ recent scoring issues, the Under is 14-3 in their last 17 games. The total has gone Over six times in Minnesota’s last nine games.