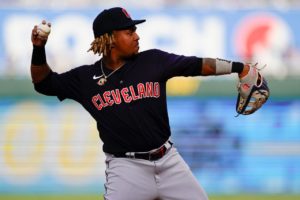 Looking at the pitching matchup in Los Angeles tonight, one might be confused. Cleveland’s Zach Plesac is 1-1 and has a 1.53 ERA through three starts in the young season. Shohei Ohtani, the reigning AL MVP, is the one with the 4.40 ERA. It’s almost hard to believe, but Ohtani has struggled a bit in his three starts.

The Angels ace hasn’t struggled in striking out batters. He’s whiffed 26 hitters in 14 innings so far. His problem came in a game against the Texas Rangers. Ohtani gave up six earned runs in 3.2 innings, which is why his ERA is so uncharacteristically high. Ohtani did follow up that outing with his first win of the season in his last start. He pitched six innings against Houston and did not allow an earned run as the Angels defeated the Astros 6-0. Ohtani had 12 strikeouts in the win.

He will face a much weaker lineup in Cleveland as compared to Houston. Guardians 3B Jose Ramirez is off to a good start batting .344 with four home runs and 21 RBIs. Steven Kwan is hitting .341, but he has cooled off somewhat and he is listed as questionable with a hamstring injury. Kwan left Cleveland’s game against the Yankees on Monday night in the third inning. Cleveland lost 10-2.

The Angels are fourth in the majors in scoring, which reflects the power of their lineup. Ohtani plus Mike Trout have been terrorizing opponents thus far this season. Trout is hitting .347 with five homers and eight RBIs. The Angels also have some depth in their lineup with guys like Anthony Rendon.

Plesac has pitched well so far in 2022. He’s not an overpowering pitcher that throws a lot of strikeouts, but he’s only given up three earned runs in three starts. Like Ohtani, Plesac is also coming off of his first win of the season. He went 6.2 innings against the White Sox allowing just one earned run while striking out three in a 6-3 Cleveland win.

The Guardians are 0-5 SU in their last five games. They were swept by the Yankees while giving up 19 runs in three games. Cleveland is on the verge of being swept by the Angels who have won the first two games in this series. The Guardians have struggled on the road too as they are just 1-5 SU in their last six away games. Interestingly, Cleveland has beaten the Angels in 13 of the last 16 head-to-head meetings.

The Angels are now 8-3 SU in their last 11 games. At 11-7 overall, the Angels are just a half-game out of first place in the NL West. Seattle sits in first at 11-6. Los Angeles has had a lot of success recently because they haven’t given up a lot of runs. In fact, four of their last six games have resulted in the game total going Under. In the last six Guardians-Angels games, the total has gone Under five times.