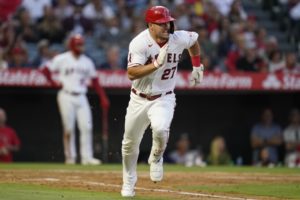 The White Sox used a five-run seventh inning to pull a slight upset over the Los Angeles Angels and even up their early week series. Tonight, the White Sox will send Michael Kopech to face Shohei Ohtani, which is the reason why the Angels are favored and the total is set at 7.5. Ohtani is coming off a career-best 13-strikeout performance against Kansas City. He pitched eight innings and did not allow a run in a 5-0 Angels win.

Now, Ohtani will face a White Sox lineup that is not the Royals. Kansas City ranks in the bottom-5 in a number of offensive categories including runs per game (3.85). Chicago is by no means an offensive powerhouse, but they average 4.22 runs per game and have just enough solid hitters to be dangerous. They proved that last night when they scored 11 runs. Ohtani has won each of his last three starts. In 21 total innings, the Angels ace has allowed just one earned run and he has struck out 25 batters.

The Angels have been extremely inconsistent this season. They started the season with a flurry of wins and led the AL West Division for a spell. Then, there was the 14-game losing streak. Los Angeles has been under .500 for some time and now sits at 36-41 and in third-place in the division. The Angels are 12 games behind division leader Houston.

L.A. will face Kopech, a right-hander, tonight. He is just 2-4 for the season but sports a very respectable 2.94 ERA. The White Sox have lost each of his last three starts. Kopech gave up three earned runs in his last start against Baltimore and four more in the previous one against Houston. He has actually done very well against some of the toughest lineups in baseball. Kopech pitched six innings against the Dodgers and didn’t allow a run in a 4-0 Chicago win. He also had back-to-back starts against the Yankees where he allowed three earned runs in six innings in one start and zero in seven innings in the other.