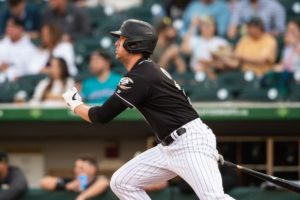 The White Sox get to stay home after taking two of three games from Toronto in their early week series. Chicago lost to Toronto 9-5 last night but took the previous two games from the Blue Jays. With a 6-3 SU record in its last nine games, the White Sox are fighting their way back to relevancy in the AL Central Division. Chicago is now 33-34 and 4.5 games out of first place. Tonight, the White Sox begin a weekend series with Baltimore.

The Orioles are 31-39 and 20.5 games out of first place in the super-competitive AL East. Baltimore has been playing better as of late and the Orioles are among the top ten scoring teams in MLB over the last two weeks. Baltimore split a two-game series with Washington shutting out the Nationals yesterday 7-0 after being shut out themselves 3-0 on Tuesday.

Baltimore has been very inconsistent and the Orioles’ biggest issue is pitching. Tonight, it will be Dean Kremer who will start for just the fourth time this season. Baltimore has won his last two starts. He’s only allowed one earned run across those two outings. Kremer’s last start was a beauty. He pitched six innings, did not allow an earned run, and struck out five in a 1-0 win over Tampa Bay. For the season now, Kremer is 1-1 with a 2.35 ERA. It’s worth noting that last season Kremer went 0-7 with a 7.55 ERA.

Kremer will go up against veteran Johnny Cueto, the former San Francisco Giant. Cueto is 1-3 with a 2.95 ERA and is coming off what is probably his best start of the season. Last week, Cueto went seven innings against Houston allowing just two hits and no earned runs. He struck out five and Chicago went on to win 7-0. In his previous three starts, Cueto gave up at least three earned runs in each game.

The Orioles are 4-2 SU in their last six games, but they have not beaten the White Sox in any of the last eight tries. Baltimore is also 0-5 SU in the team’s last five trips to Guaranteed Rate Field to play the White Sox.

As mentioned, the White Sox have won six of their last nine games. They have suffered injuries to many of their key players. Tim Anderson, one of MLB’s best hitters, is finally back in the lineup. The White Sox have been trending Over. The total has gone Over in 10 of Chicago’s last 13 games. The three games in Toronto finished with totals of 15, 13, and 14. The last three games between the White Sox and Orioles have averaged 12 runs. The last ten have averaged 9.10.

The total has gone Under in four of Baltimore’s last five games, but the Over has hit in each of the Orioles’ last five games on the road. This will be the first meeting between these two teams this season.