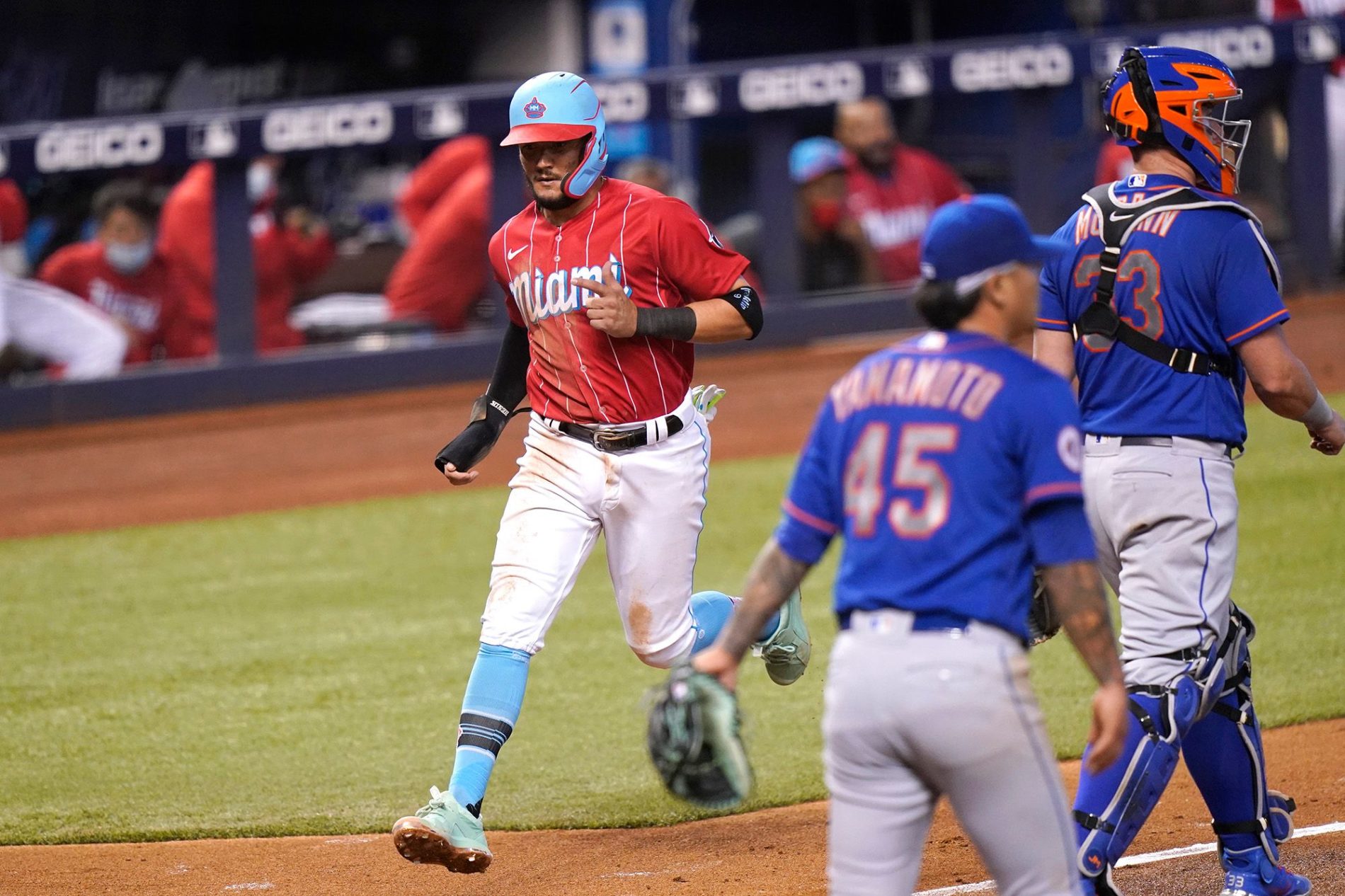 The Mets are doing their best to stay in the NL playoff race. They have won seven of their last nine games, but they dropped two of their last three to Washington losing a pair of 4-3 games. Now, New York is on to Miami a team that they swept in two games last week. The Mets need another sweep of this three-game series since all of their remaining series (except for another four-game set with Miami) are all against teams with a winning record.

New York will try to get that win with Carlos Carrasco on the mound. A win for Carrasco would be his first as a Met. He has made seven starts so far for New York and he’s only gone long enough to earn a decision in three of them. Plus, the Mets are only 3-4 in those seven starts. Carrasco pitched against the Marlins last week and threw the most pitches he has thrown all season. While he went 5.1 innings, Carrasco wasn’t involved in the decision. The Mets did win though, 4-3.

The Marlins will counter with the very young Edward Cabrera. The Miami right-hander has pitched in just two major league games so far in his career. One of those just happened to be against the Mets. That familiarity will help as New York goes for the win. Cabrera is still getting his MLB legs. In 10 innings of work thus far, he is 0-1 with a 5.23 ERA. He has also given up three home runs and has just four strikeouts. He’ll need to improve in both areas.

Neither team really tears it up on offense. In fact, the Marlins are 27th in runs per game with 3.97. Right after Miami in the 28th spot is New York averaging 3.89 runs per game. The Marlins have the poorer team batting average (.240 to .235) and both teams rank near the bottom – Mets 24th and Marlins 28th – in OPS.

What’s interesting is that the trend for both teams is the Over, especially when they play each other. In the Mets five-game weekend set with Washington, they actually scored double-digit runs twice and averaged over five runs per game. Miami also scored 10 runs in one of their games over the weekend with the Phillies.

Of the last ten games the Mets and Marlins have played this season, six of them have gone Over the posted game total. Included among those is Carrasco’s last start against the Marlins. In fact, more of Carrasco’s starts (4-3) have gone Over than Under. While tonight’s game will most likely not be considered a slugfest, both teams may have just enough to push the total Over.