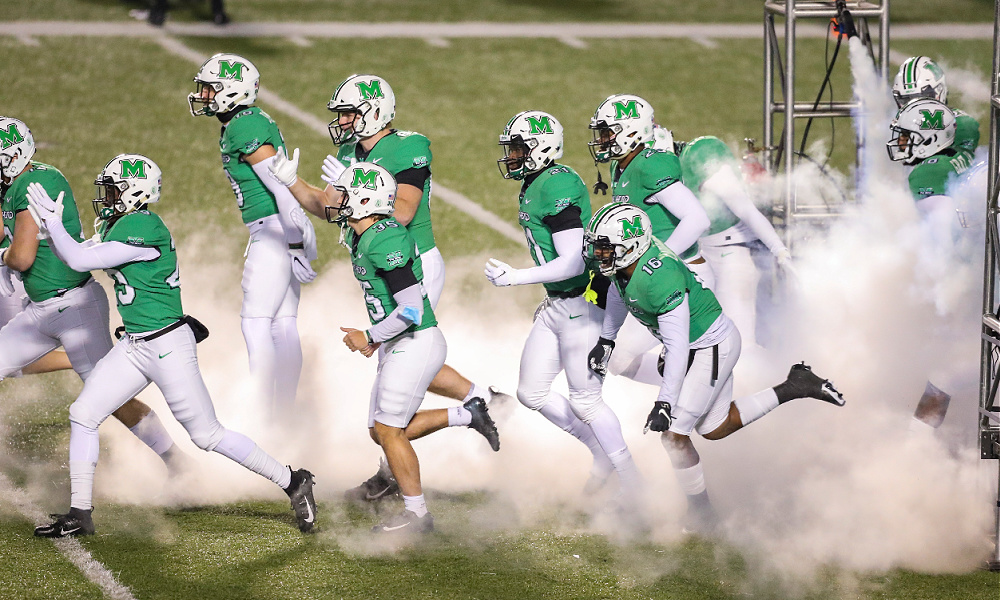 Both teams can move the football and score. Marshall has one of the best passing games in the country. Currently, the Thundering Herd offense is averaging 604.7 yards of total offense per game. A total of 418.7 of those yards come from the passing game. Junior quarterback Grant Wells is second in the nation in passing yards with 1,110 through just three games. Wells’ one issue is that he has thrown five interceptions compared to just four touchdowns for Marshall so far this season.

Ironically, the Thundering Herd blew a 38-21 third-quarter lead only to end up losing to East Carolina 42-38. Appalachian State beat the Pirates handily in their season opener. The Mountaineers won 33-19 in Week 1. Somehow, East Carolina managed to score three fourth-quarter touchdowns against Marshall to pick up the win.

The Mountaineers offense is led by former Clemson and Duke quarterback Chase Brice. He has played well thus far and leads an offense that averages over 446 yards and 33 points per game. In Appalachian State’s victory last week over FCS Elon, Brice had 293 passing yards and two touchdowns.

As good as both teams are on offense, the defenses are solid as well. Ten starters returned to Appalachian State’s defense, one that ranked in the nation’s Top 20 last season in passing, total, and scoring defense.

Marshall actually led the nation in 2020 in scoring defense allowing just 13 points per game. Head coach Charles Huff inherited a defense that ranked 11th against the pass, fourth against the run, and second in total defense. The Herd gave up just 279.4 yards per game last season, which is no easy task in the pass-happy Conference USA.

Appalachian State has also won 19 of its last 20 home games. Both teams trend toward the Over, which is not surprising. The total has gone Over in 10 of Marshall’s last 14 games, including four of the last five on the road. While two of the Mountaineers’ three games this season have seen the total go Under, the Over is 4-2 in Appalachian State’s last six games when playing as the favorite.