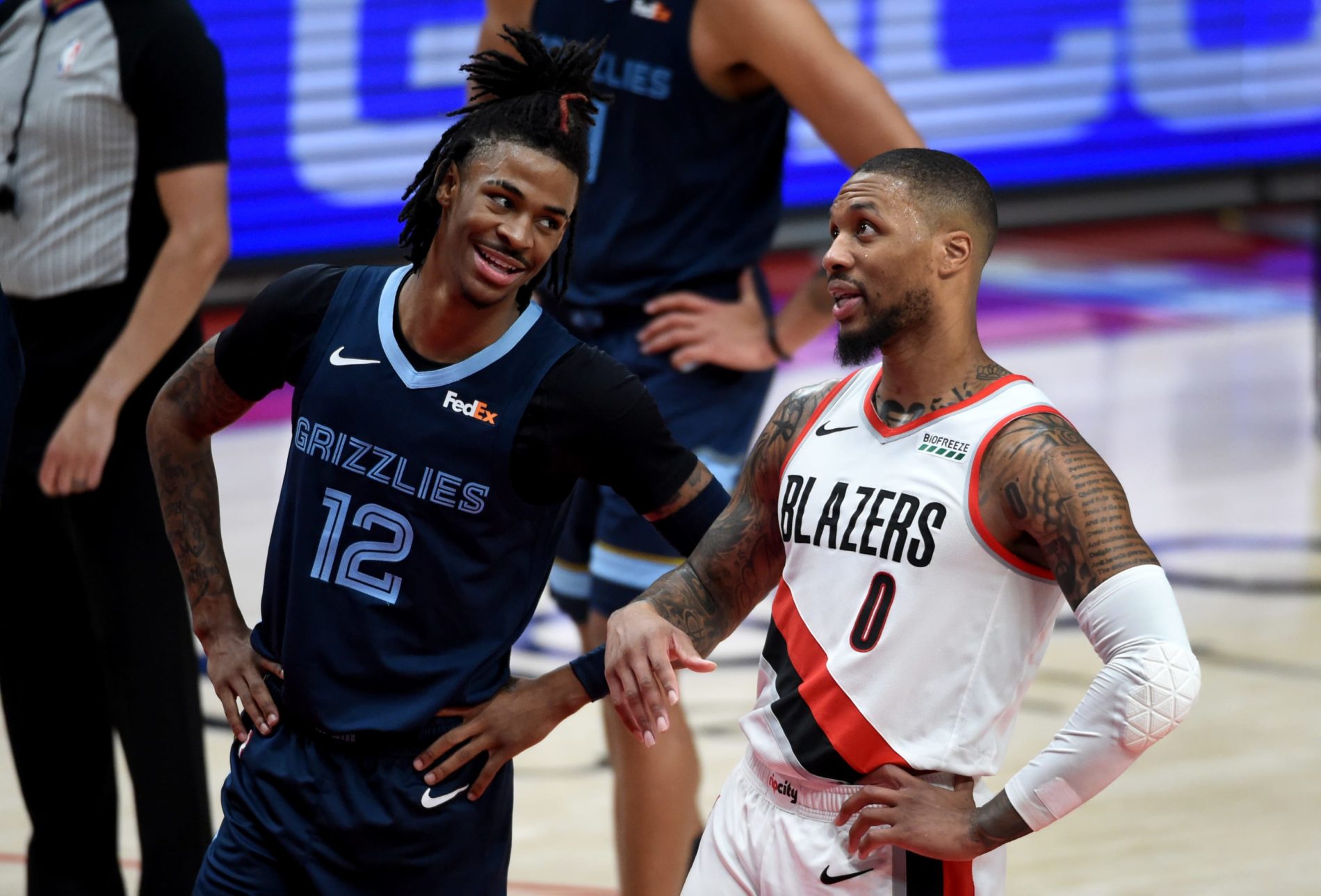 Ja Morant and the Memphis Grizzlies are off to one of the better starts in the NBA this season. Morant is leading the league in scoring averaging 35 points per game and Memphis is 2-1. They travel to Portland to take on a struggling Trail Blazers team that has yet to get on track. Portland lost its last game to the Los Angeles Clippers, an ugly 30-point loss.

Memphis enters tonight’s game coming off a loss to the Los Angeles Lakers on Sunday night in LA. The Grizzlies battled as Morant scored 40 points, but the Lakers prevailed 121-118. The Grizzlies point total in that game was its lowest of the season so far. Memphis is averaging 123.3 points per game so far.

Portland is no slouch on offense either. They had scored 121 and 134 points in their first two games before having severe difficulties scoring in their 116-86 loss to the Clippers. It was Portland’s lowest point total in a long time. Despite the poor showing on Monday night, Portland is still 10th in the league in scoring averaging 113.7 points per game.

The point, of course, is that fans and bettors should expect a high-scoring game from two teams that can really fill it up. What Portland needs though is for Damian Lillard to find his groove. He is shooting poorly so far and was held to just 12 points in the loss to the Clippers. That game was his second of the season so far in which he missed all of his three-point attempts. If Lillard doesn’t get on track, C.J. McCollum, who is averaging 27.3 points a game, will be forced to shoulder the offensive load.

What fans and bettors should also expect is an up-tempo, fast-paced game tonight in Portland. Memphis is scoring a ridiculous 121.3 points per 100 possessions. That is over seven points more than the next closest team. Portland is fifth in the league in possessions per game (108.8). While both teams can push the tempo on the offensive end, they also lack on the defensive end.

Memphis ranks dead last in the NBA in defensive efficiency and Portland ranks 18th. Both teams give up a lot of points which will have an effect on the game total which is set at 234. Both teams trend toward the Over. In eight of the last ten Portland games, the total has gone Over. The Over is a perfect 9-0 in the last nine Grizzlies games.

So far this season, in the six games the two teams have played the Over is 5-1. The only game to go Under was Portland’s loss to the Clippers and that had more to do with the poor shooting of the Trail Blazers. Portland is actually a 2-point favorite at home. Memphis has covered the spread in four of the last six games against the Trail Blazers.