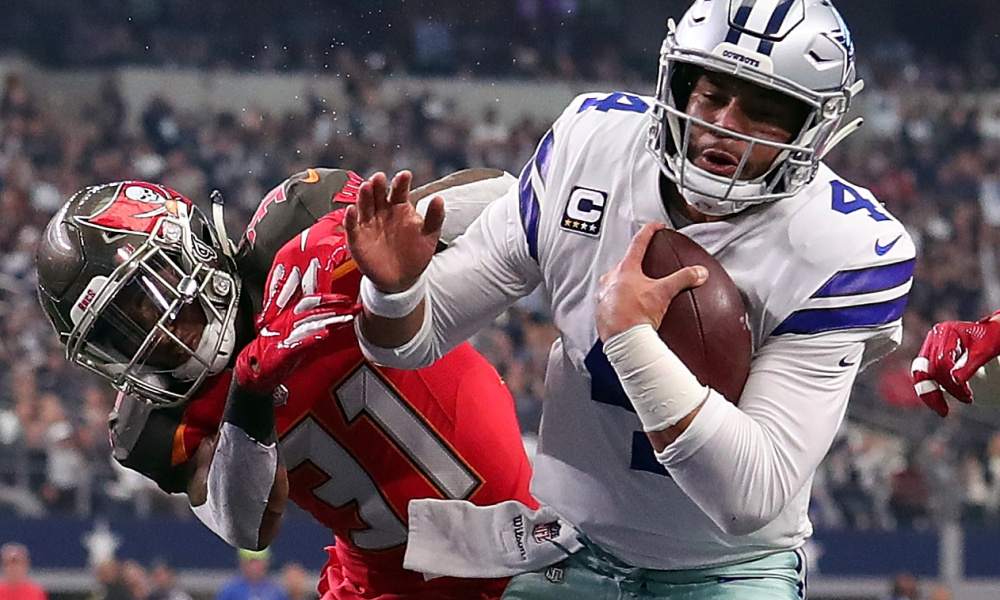 The 2021 NFL regular season kicks off with its annual Thursday Night Kickoff hosted by the defending Super Bowl champion. That would be the Tom Brady-led Tampa Bay Buccaneers who return all 11 starters on both sides of the ball from February’s win over Kansas City. That’s the first time that has happened in the salary cap era.

Now 44 years old, Brady continues to defy age. He put up over 4,600 yards passing and 40 touchdowns last season and shows no signs of slowing down. He maintains his stock of weapons such as wide receivers Mike Evans and Chris Godwin, TE Rob Gronkowski, and running backs Leonard Fournette and Ronald Jones II. Brady also gets TE OJ Howard back from a ruptured Achilles tendon that forced him to miss last season.

The defense is outstanding as well. Remember, the Bucs held Patrick Mahomes and the Chiefs’ offense to just nine points. The Bucs defense might find doing that to Dallas on Thursday a bit more difficult. The Cowboys will return starting quarterback Dak Prescott who missed most of last season with an ugly ankle injury. Prescott went down in Week 5 and Dallas struggled throughout the rest of the season.

The bigger problem for the Cowboys last season was on defense. Dallas repeatedly got pounded by opposing offenses. The Cowboys wound up 28th in scoring defense allowing 29.6 points per game. NFL teams don’t win many games when they give up more than four touchdowns per game.

Cowboys head coach Mike McCarthy hired former Atlanta head coach Dan Quinn to run the defense. Quinn is well-known throughout the league for his acumen on defense. Dallas should be better in 2021. But, does better mean they can contain Brady and the Bucs?

Dallas will play without All-Pro guard Zack Martin, who will miss the game due to COVID-19 protocols. Even without Martin, the Cowboys’ offense should be able to put up some points with Prescott, WR Amari Cooper, WR CeeDee Lamb, and RB Ezekiel Elliott. Despite not having Prescott at the end of last season, the Over was 5-2 in the Cowboys’ last seven games in 2020. The Over was also 4-0 in the last four games in which Dallas was an underdog.

The Over trended for Tampa Bay as well. The Bucs were the third-highest scoring offense in the NFL last season (30.8 ppg). In their last ten games, the Over is 8-2. The Over is also 4-1 when Tampa Bay is a home favorite. The Bucs have started quickly in each of the past five seasons. In Week 1 games in the last five years, the Over is 4-1.

The Bucs have covered the spread in five of their last six games and four of their last five at home. Dallas had a tough 2020 season against the spread. The Cowboys went 5-11 ATS last year.