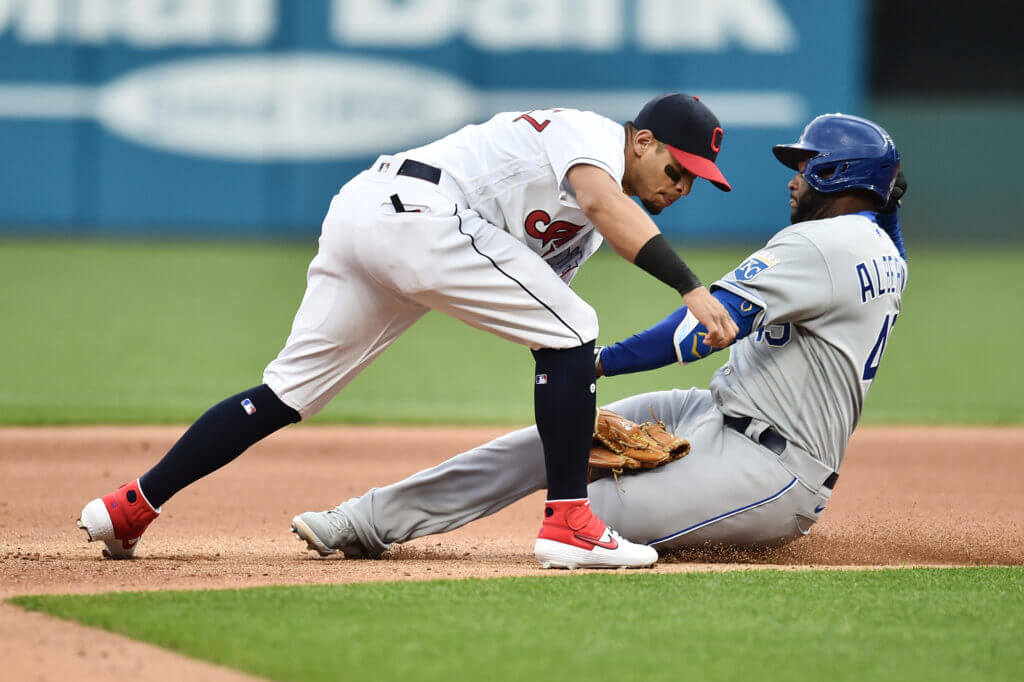 The Cleveland Indians are two games over .500 and in second place in the AL Central. They will not catch the Chicago White Sox, who have a 10-game lead in the division, but the Indians still have some hope in the AL wild-card race. Cleveland is 10 games behind current AL wild card No. 2 Boston. In order to have any chance, the Indians need to win every game they should win. Tonight is one of those.

The Indians won the first two games of this series as they should have and now look to close it out with a win tonight. Triston McKenzie will get the start and he has been solid since his return from the minors in mid-July. For the season, the 6-foot-5-inch McKenzie is 3-5 with a 4.83 ERA, but since his recall, his ERA is 3.49 in eight starts. His strikeout percentage is up to 25.8 percent and his walk rate is just 4.3 percent.

McKenzie should fare well against a Royals lineup that ranks 23rd in OPS over the last week. After Salvador Perez (.273, 38 HR, 94 RBI), not many Kansas City hitters will scare an opposing pitcher. The Royals have scored a total of five runs in the two games thus far. KC ranks 24th in MLB in runs per game (4.14).

The Royals, who have lost three straight, will send Mike Minor to the mound for his 27th start of the season. Minor is 8-11 this season with a 5.30 ERA. The Royals have lost each of Minor’s last five starts. In those five games, Minor allowed 31 hits and 17 earned runs. Tonight won’t be any easier for Minor. Cleveland actually has the best OPS in MLB over the last two weeks. In their last seven games, the Indians are 5-2 and have scored a total of 42 runs. Getting to Minor shouldn’t be a problem.

If Minor can give Kansas City five to six innings, the Royals may be okay. Their bullpen has been very good over the last month. The Royals relievers rank fifth in bullpen FIP over the last 30 days. That may be the one advantage Kansas City has as Cleveland’s bullpen ranks 22nd in the same metric over the same time.

The interesting thing for bettors is that the Indians are once again a plus-money underdog. After winning the first two games as underdogs of +105 and +115, Cleveland is given +101 odds heading into tonight’s series finale. The Indians have a slight starting pitching advantage and McKenzie has been much better more recently.

The total for tonight’s game seems more like the one you would see with an elite pitching matchup. The McKenzie-Minor matchup doesn’t seem like one that would see a total of 7.5, but that is the number for tonight. Cleveland’s hot bats and Minor’s penchant for giving up runs – at least three in each of his last five starts – would suggest a play on the Over. The Over is 6-3 in the last nine Indians-Royals games.