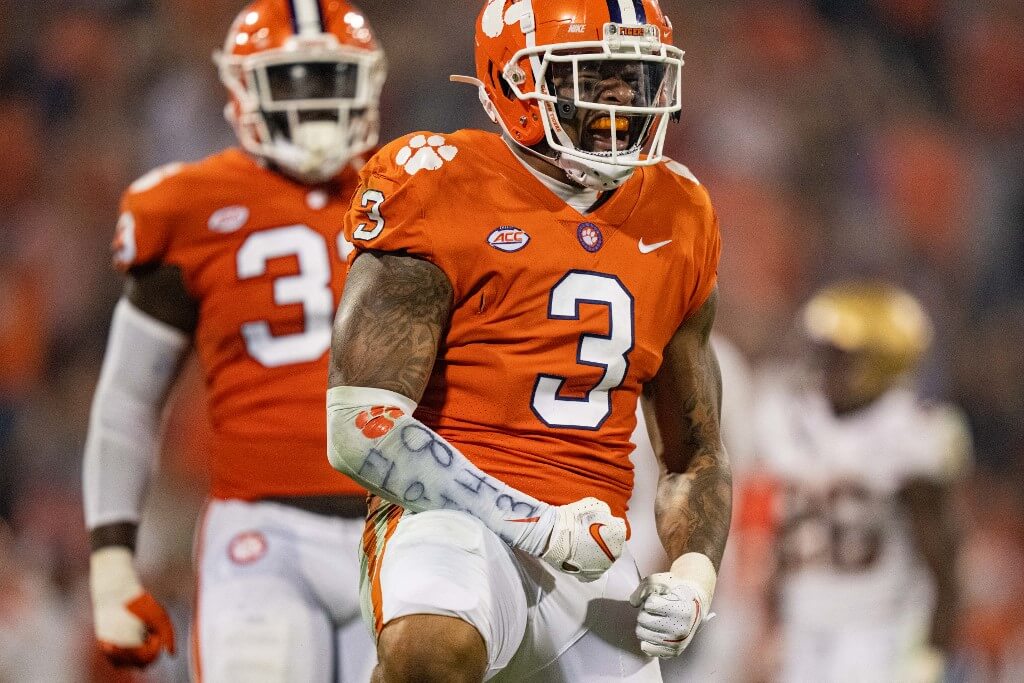 There has been something wrong with Clemson from Day 1 of the 2021 college football season. After five games, the Tigers are 3-2 and are averaging just 21.2 points per game. Gone is the prolific Clemson offense that would put up 40 points in the blink of an eye. The 2021 version of the Clemson offense manages only 324 yards of offense per game. Head coach Dabo Swinney and his squad will try and figure it out tonight as they travel to the Carrier Dome to face Syracuse.

The Carrier Dome is probably not one of Swinney’s favorite places to play. The Tigers have had some tough games there and they are just 2-5 against the spread in their last seven games in Syracuse. That includes a 27-24 Orange upset of the Tigers in 2017. Swinney and his staff hope to avoid a similar loss tonight. The Tigers had a bye week to get ready for the Orange.

The one good thing going for Swinney and Clemson is that the defense is outstanding. The Tigers are second in the nation in scoring defense allowing just 12.2 points per game. Clemson will go up against a Syracuse offense that has been improving especially since Garrett Shrader took over at quarterback for the Orange. Since that point, Syracuse has averaged 276.8 yards rushing per game and 38 points a game.

Syracuse has kept its games close this season and is 5-1 ATS so far. The Orange’s three losses were by a combined 16 points. They lost to Rutgers by 10 and lost each of their last two games – to Florida State and Wake Forest – by three points each.

The Orange’s defense is a bit suspect evidenced by giving up 73 points in the past two games. Despite the recent defensive debacle, Syracuse gives up an average of just 24 points per game. Where head coach Dino Babers team is likely to struggle is against that Clemson defense. While Syracuse has had great success running the football, Clemson allows just 102 yards rushing per game.

It’s the defense that has kept Clemson in games this season. The problem is that the lack of offense has led the Tigers to an 0-5 record against the spread. If you include last year’s playoff game, Clemson is 0-6 ATS in their last six games.

The Tigers also rank in the bottom 10 in the nation in offensive pace. That shows in Clemson’s totals for the season. Only one Clemson game had a final score in regulation play of more than 40 points. That was in Clemson’s 49-3 win over FCS South Carolina State. The Tigers lost to NC State 27-21 in overtime, but the game was tied 14-14 at the end of the fourth quarter.

It should come as no surprise that the Under is 4-1 in Clemson games this season. The Under has been the trend recently in this game. The total has gone Under in four of the last five Clemson-Syracuse games.