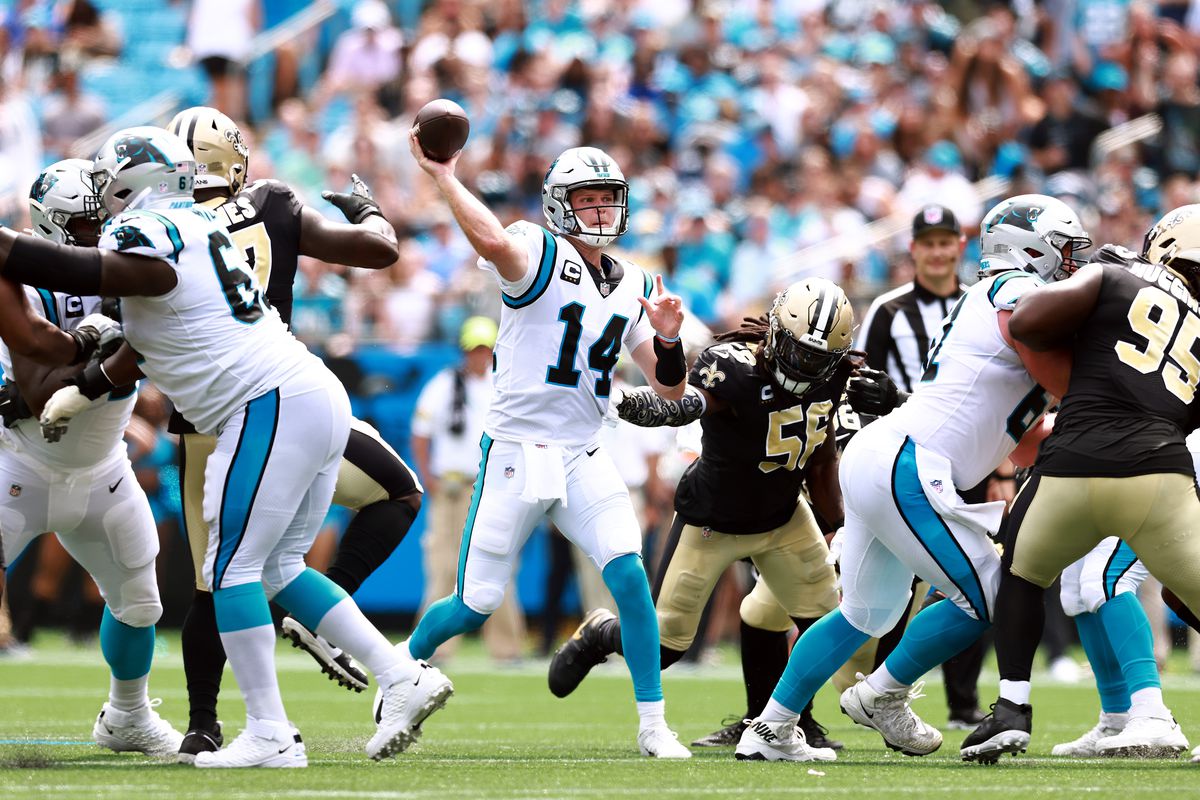 If you haven’t been paying attention, Matt Rhule and the Carolina Panthers may have something really good going. Two weeks into the 2021 NFL season, the Panthers are 2-0 and have what looks like the best defense in the NFL. Quarterback Sam Darnold looks nothing like the confused young New York Jets signal-caller. Darnold has completed just about 69 percent of his passes for 584 yards and a trio of touchdowns thus far.

Tonight, the Panthers get a crack at Houston, a team that pulled a surprise of its own by winning its first game and then hanging around with Cleveland last week until QB Tyrod Taylor got hurt. Now, Taylor will not play and backup Davis Mills gets the start. That could spell bad news for Houston. Rhule’s defense sacked New Orleans QB Jameis Winston four times last week. They also picked him off twice, and Winston has been in the league for several years. Mills is a rookie.

If Houston wants to have any chance of staying in this game tonight, the Texans need the running game to step up. Mark Ingram, David Johnson, and Philip Lindsay need to be effective running the ball to take some of the pressure off of Mills. The Texans are averaging 121 rushing yards per game. That’s not great, but it’s not terrible. The problem Houston may have is facing a Carolina defense that allowed the Jets to run for 45 yards and the Saints to gain only 48 last week.

Carolina had opened as a 4.5-point favorite, but when word of Taylor’s injury got out the line began to move. With the announcement that Mills would start, the Panthers are now an 8-point favorite. In addition to starting a rookie at quarterback, there is also the issue of a short week. One good thing is that the Texans are at home and didn’t have to travel making the week even shorter.

These two teams have only played each other five times in NFL history. One thing has been consistent in those five games – the Under. The Under is 4-1 so far in Panthers-Texans games. Carolina, a franchise that has really been built around defense by its last two head coaches, has trended toward the Under recently. The Under is 5-0 in Carolina’s last five games.

Tonight’s total is a rather low 43, which makes sense given the quality of Carolina’s defense and the issues that Houston will likely have with a new quarterback under center. Also playing a role is the fact that it will be the first NFL start for Mills. Rookies in their first start typically do not fare well in the NFL.

The Panthers, under Rhule, have been able to keep games close. In fact, they have covered the spread in seven of their last ten games, including the first two games this season. Houston also covered in their first two games this year. The last time these two teams played was in 2019. The Panthers won 16-10 as a 5.5-point favorite.