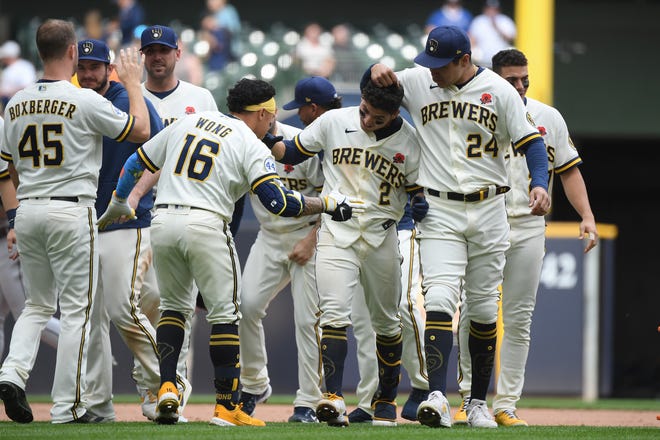 It’s the Battle of the Peralta’s tonight in Detroit when the Brewers take their five-game winning streak up against the Tigers. Milwaukee has been on fire as of late. They have posted double-digit runs in three of those five wins and scored a total of 38 runs in two wins over Philadelphia and in a weekend sweep of Cleveland.

The Brewers may need to put up another big total tonight to back their pitcher Freddy Peralta. There was a point earlier in the season where Peralta was almost in the NL Cy Young discussion. Not anymore. In his last three starts, he hasn’t lasted more than four innings. The Brewers are so good though that they won two of those three starts. Peralta is still 9-4 for the season and his ERA is still a very respectable 2.69.  He just hasn’t been the same lately and that could be a problem for Milwaukee.

The Tigers will start the other Peralta, Wily Peralta. He is 3-3 on the season with a 3.60 ERA. Like his Brewers counterpart, he has not had his sharpest stuff recently. He has pitched just four innings each in his last two starts. Detroit won one and lost one. Peralta has only lasted six innings in one start since mid-July. You have to go back to July 18 to get to Peralta’s last win. He pitched seven innings of shutout baseball allowing four hits as Detroit beat Minnesota 7-0.

Despite Freddy Peralta’s current slump, he still gives Milwaukee an advantage tonight. The Brewers have consistently been one of the best teams in baseball in 2021 and they have done extremely well on the road. They are 49-24 away from home. What’s even more impressive is that the Brewers are 49-24 on the run line this season.

With the way the Milwaukee offense has been playing, the Brewers on the run line could be worth a look. Currently, bettors can find Milwaukee -1.5 (-130). In the Brewers’ current win streak, four of the five games were won by multiple runs.

Milwaukee’s recent offensive explosion has pushed them into the top 10 in scoring. The Brewers are averaging 4.67 runs per game. They are averaging over seven runs per game in their five-game winning streak. Milwaukee also averages more runs (5.01) on the road than they do at home (4.32).

The total for tonight’s game is set at 9, which may be a little high given the pitching matchup. Freddy Peralta, while he hasn’t gone deep into games recently, just doesn’t give up a lot of runs. Wily Peralta has given up more than two earned runs just once in his last six starts.

The Tigers bullpen isn’t all that great. Detroit is 25th in bullpen ERA at 4.63, but Milwaukee has one of the better sets of relievers in the majors. The Brewers bullpen ERA is 3.83. Both bullpens are rested as both teams had Monday off.