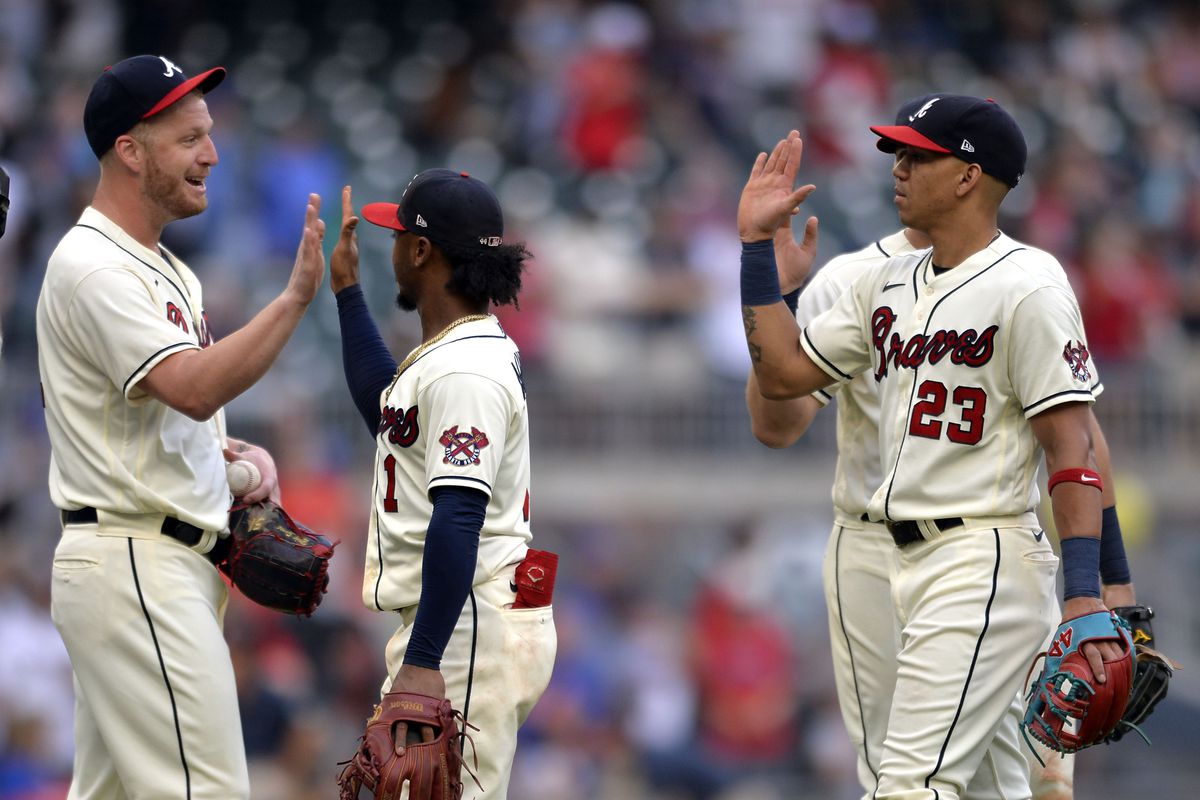 The first game of this NLDS series features an elite pitching matchup between the NL ERA leader Corbin Burnes and Atlanta’s Charlie Morton. Burnes ranked in the 92nd percentile or better in every single pitching category but one – max exit velocity. As stated, his 2.42 ERA led the National League and, amazingly, his xERA of 2.01 indicates that he is due for some positive regression.

Burnes ERA took a hit in his last start. He threw just 42 pitches against the Dodgers in two innings and allowed three runs. All of those runs came on one pitch, a three-run homer by Justin Turner which pushed his ERA from 2.29 to 2.42. The Brewers wanted Burnes to have one final start before saving him for Game 1 of this series. That’s why he was pulled after just two innings.

His counterpart Morton went 14-6 on the season with a slightly higher ERA of 3.30. Morton was actually much better when he pitched on the road. He went 8-3 by holding opposing hitters to a .185 batting average. Morton also improved progressively as the season went on. His ERA dropped every month but one and he was outstanding in September. In 32 innings during the month, his ERA was just 2.81 with a 0.91 WHIP. The only issue was that the Braves won just two of his five starts that month.

Going up against Burnes is actually a positive for Atlanta. If there is one team that Burnes struggled against all season, it was the Braves. He only pitched once against Atlanta, but it didn’t go very well. Burnes lasted just four innings and gave up nine hits and five runs. It was his worst start of the season. The Braves hit .333 against Burnes, which gives them plenty of hope in Game 1.

Atlanta’s offense has been playing extremely well as of late too. Over the last month of the season, the Braves lineup ranked seventh in home runs. That is one of the reasons why Atlanta played so well during the stretch run to end the season. Ozzie Albies, Freddie Freeman, and Austin Riley each had 30-plus home runs and Dansby Swanson ended up with 27. Their collective play helped Atlanta win 12 of their last 14 games.

Milwaukee’s offense was almost nonexistent over the latter part of the season. In the final month, the Brewers were dead last in batting average and ranked 27th in OPS. Against Morton, Brewers hitters have a collective .174 batting average. That’s why a pitcher’s duel tonight may be possible. The Under is set at 7, but the Over is 5-2 in the Brewers’ last seven games. Atlanta is 7-1 in its last eight road games and the Braves are 8-1 in their last nine games against a right-handed pitcher.

The Brewers lost their last four games of the regular season. The Under has hit in five of Atlanta’s last seven games.