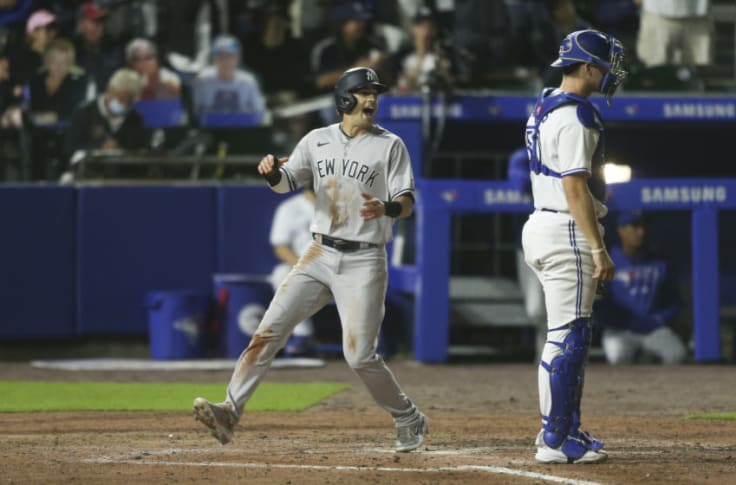 As the 2021 MLB season winds down, the Toronto Blue Jays are on a tear. That is good because they find themselves just two games behind Boston and 2.5 games behind their opponent tonight, New York, in the AL East race. The Red Sox and Yankees hold the two AL wild-card spots right now, but the Blue Jays would love nothing more than to change that.

They have been working to change that over their last ten games. The Blue Jays are 9-1 over that stretch and they have yet to lose a game in September. They are a perfect 5-0 this month and that includes wins in the first two games of this series with the Yankees. They put up eight runs in a 8-0 shutout win on Monday and won 5-1 last night. The offense has been almost unstoppable as the Blue Jays are averaging nearly eight runs per game in September.

The Blue Jays will likely have a slight starting pitching advantage heading into tonight. Rookie Alek Manoah (5-2, 3.63 ERA) gets the start. He will have no problem facing the Yankees. He made his major league debut against them earlier this season. Toronto has won each of Manoah’s last three starts putting the team’s record at 7-3 when he takes the mound this season.

The Yankees, who are barely holding onto second place in the AL East, were cruising along when they lost eight of their last ten games. Their only wins in that stretch were over the Angels and Orioles, two teams that have long been out of the MLB playoff picture. In the first two games of this series, the Yankees have managed to score just a single run.

Toronto, on the other hand, is tearing it up. They are fifth in MLB averaging 5.09 runs per game. They lead the league in home runs per game (1.55) thanks to Vladimir Guerrero Jr. who leads the team with 40, Marcus Semien (38) and Bo Bichette, Randal Grichuk, and Teoscar Hernandez who each have 20-plus. Not surprisingly, the Blue Jays lead the majors in OPS (.786) and ISO (.194).

That will create some problems for Yankees starting pitcher Luis Gil. Now, Gil has only made three starts for New York, but he has yet to allow an earned run over his 15 innings of pitching. The last time he pitched though was August 17th. That could be an issue. He has never faced the Blue Jays, so he may have some success early on as Toronto gets used to him.

Gil has not pitched past the sixth inning in any of his starts. He likely will not go that deep tonight. With the Yankees bullpen missing a few key arms, that could spell trouble. It could also tempt totals bettors looking to capitalize. In the last ten games, these two teams have played this season, the Over/Under is 5-5.