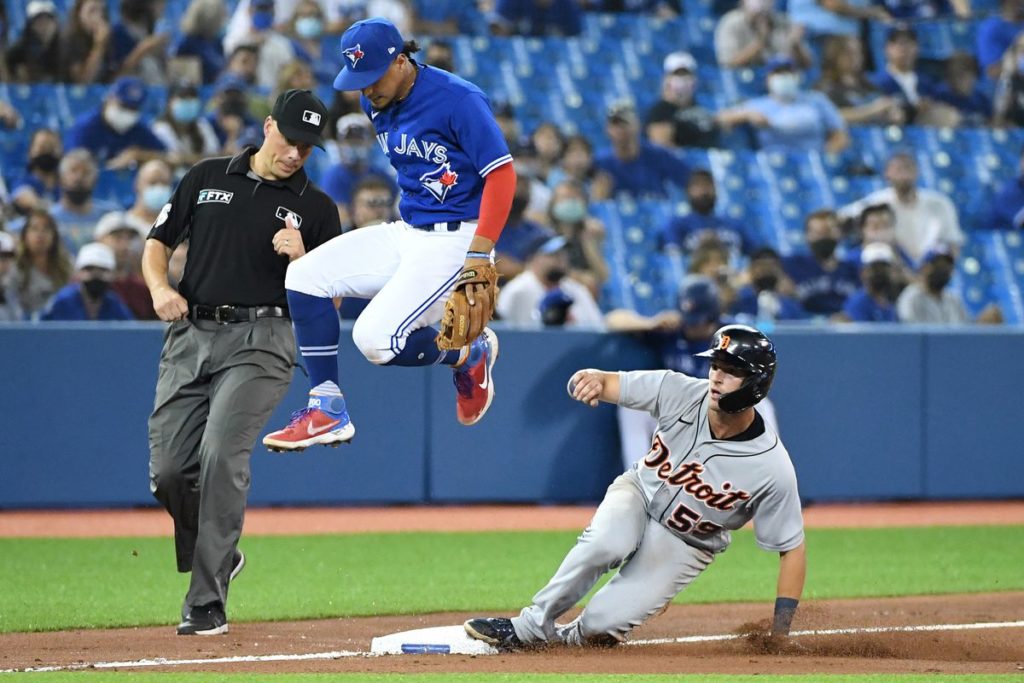 A week ago, the Blue Jays dropped two of three games to Detroit at home. Now, Toronto heads to the Motor City looking for revenge. The Blue Jays are also looking for wins which they need to keep their very slim playoff hopes alive. At 66-60 heading into the weekend series, Toronto is in fourth place in the AL East and No. 5 in the AL wild-card race.

To start off the series, Toronto will go with left-hander Steven Matz. Last weekend, Matz posted a quality start against the Tigers when he pitched six innings and allowed just a single run. The Blue Jays would go on to lose. Matz has had a solid season with a record of 10-7 and an ERA of 3.94.

Facing a team in back-to-back starts tends to favor the hitters in the second game. With Detroit at home too, Matz could run into some difficulties. If he pitches as he did last time, Toronto cannot afford not to capitalize.

The Blue Jays are looking forward to facing Detroit pitcher Matt Manning. The rookie is 3-5 with an ERA of 5.91. He has been rocked a couple of times this season. In his first start in August, Manning lasted just four innings against Cleveland. He gave up six earned runs in a 6-1 loss to the Indians.

Manning has started 11 games in 2021 and has surrendered multiple runs in 10 of them. He doesn’t strike out many hitters either. In 53.1 innings pitched, he has 29 strikeouts. Opposing batters are hitting .270 against Manning’s fastball, which is exactly what the Blue Jays love.

Toronto is second in MLB with a .263 team batting average. They are fifth in scoring (5.05 runs per game) and are second to the Giants in home runs. It’s a powerful Blue Jays lineup that will give Manning trouble.

Then, the troubles increase once Manning exits the game. In his 11 starts, Manning has pitched more than 5.2 innings just twice. He is going to exit the game early. The only question is when. Once the Detroit bullpen takes over, things could get even uglier for the Tigers. Detroit’s bullpen ERA is 4.79, which ranks 25th in the majors.

With Manning typically giving up multiple runs in his starts and a suspect Detroit bullpen, a play on the Over looks enticing. Plus, you have a Detroit lineup that will face Matz for the second time in a week. As mentioned, that is an advantage for the Tigers. Comerica Park is typically a pitcher-friendly ballpark though, and the Under has hit in each of the last five Detroit games. The Under also cashed in nine of the last 11 Tigers games against Toronto.

The Blue Jays are coming off a split of a four-game series with the White Sox. Toronto has only won three of its last nine games and desperately needs to crank out wins to keep the playoff dream alive.