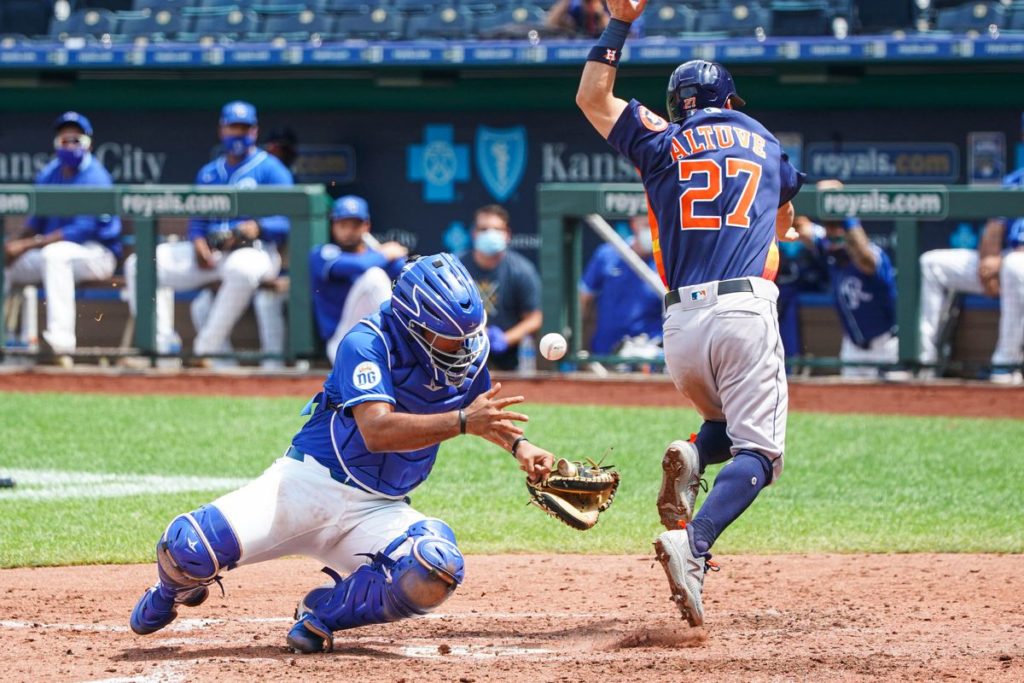 It’s a bit of déjà vu all over again for the Royals and Astros who begin a three-game early week series tonight. The two teams just faced each last week with Kansas City picking up a surprising three-game sweep at home at Kauffman Stadium. The Royals were a bettor’s dream defeating the NL West-leading Astros 7-6, 3-1, and 3-2. Can they do it again?

The Royals will have to deal with Houston starting pitcher Zack Greinke again. The veteran right-hander started the Astros-Royals game on Aug. 18 and tossed six innings while giving up just a single earned run. Houston would go on to lose though 3-2.

Despite being 37 years old, Greinke is still a reliable piece of the Astros rotation. His ERA is 3.43 with an FIP of 4.36. The Royals are by no means tearing it up on offense either. They rank 26th in OPS for the month of August.

The other thing to consider for bettors that may be looking for that upset again is the Houston bullpen. Over the last month, the Astros’ relievers rank third in the majors in bullpen FIP. Once Greinke exits the game, the Astros will be in good hands. Prior to yesterday’s 6-3 loss to Seattle, Houston had allowed three runs or fewer in eight of nine games.

The other thing working against Kansas City is their starting pitcher – Daniel Lynch. Now, Lynch did pitch extremely well in a win over Houston last week. Lynch, who is 3-3 for the season, took the win on Aug. 17 as he pitched seven innings and allowed just one earned run while striking out five.

The problem is that in Lynch’s eight starts this season, only three of them are quality starts. His ERA is a rather high 5.12. That’s extremely high considering he was such a high draft pick. Plus, he has to face one of the most deadly lineups in all of baseball.

Houston continues to lead MLB in runs per game (5.42) and is ranked at or near the top of most every offensive statistical category. Michael Brantley is third in the majors with a .319 batting average. Yordan Alvarez and former AL MVP Jose Altuve are each hitting over .280 and have 25 home runs apiece. OF Kyle Tucker bats .272 and has 22 homers and 71 RBIs, which is second on the team to Alvarez’s 85.

There isn’t really a weak spot in the Houston lineup. Lynch has been very volatile this season and the likelihood of such success again against the Astros just doesn’t seem likely. Totals bettors should keep that in mind as well as this interesting tidbit about Grienke. In the Houston star’s last seven starts, his ERA is 2.82.

That’s impressive, but when you learn his FIP is 5.21 you know there is some regression coming soon. In that start last week against KC, Greinke gave up just the one earned run but he didn’t strike out a single batter.