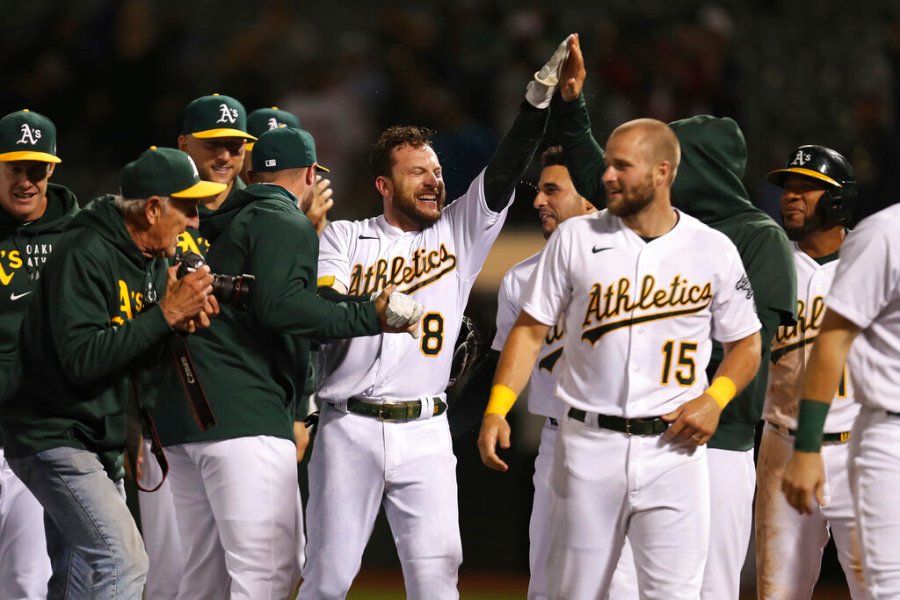 Cleveland continues to struggle but did pick up a surprising win over Cincinnati yesterday. The Indians have now won three of their last four games and remain in second place in the AL Central with a .500 record (55-55). Cleveland remains three games ahead of Detroit, but they are way behind in the AL wild-card race.

Gaining ground in that wild card race will be difficult. It will be very difficult tonight as the Indians face Oakland left-hander Sean Manea. Cleveland struggles to hit left-handed pitching. Heading into tonight’s game, the Indians rank 26th in both batting average and on-base percentage against left-handed pitching. As a result, Cleveland has a losing record – 21-23 – when facing lefties.

That’s not the only problem that Cleveland has in facing Oakland tonight. The other is starting pitcher Triston McKenzie. The Indians right-hander is a bright, young prospect, but he might not be for much longer. For the season, McKenzie is 1-5 with a 5.89 ERA.

If McKenzie is going to remain a major league pitcher, he better figure out his control issues…and fast. One of his biggest problems is walking batters. McKenzie’s walk rate of 14.9 percent is one of the worst in baseball. More baserunners, of course, leads to the opportunity for opponents to score more runs.

Take his last four starts as a great example. McKenzie pitched a total of 21 innings. He did only walk five batters, but he gave up 22 hits which resulted in 16 earned runs. His ERA for those four games is 6.86. That’s not good heading into to face a team that has averaged 7.33 runs per game over its last three.

Oakland has won four straight games, including a three-game weekend sweep of the Texas Rangers. Sure, it’s Texas, but the A’s scored 22 runs in those three games. The A’s are 8-2 in their last ten games and they are currently just two games behind Houston in the AL West race. Oakland also owns the second AL wild card at the moment.

The A’s have done well on the road recently winning four of their last five. They have also done well against Cleveland. In their last 11 games against the Indians, Oakland has won eight. The two teams have played three games this season. Cleveland actually holds a 2-1 advantage. All three games were decided by a single run.