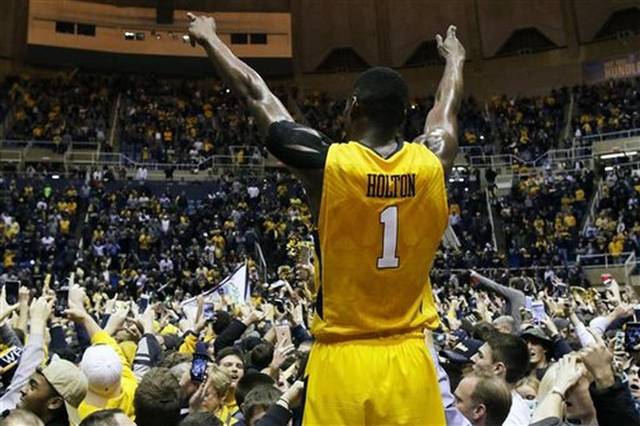 West Virginia is 101-30 in the WVU Coliseum under head coach Bob Huggins, who happens to be the fourth-winningest active Division I coach behind Mike Krzyzewski, Jim Boeheim and Cliff Ellis. The Mountaineers have lost two straight, falling to both Texas and Oklahoma, but are well-positioned to end that slide tonight before the home faithful.

Indeed, West Virginia is a profitable 13-4 ATS in its last seventeen home games and 8-2 ATS in its last ten games following a loss. Those recent team trends further enhance Oskeim Sports’ decision to make the Mountaineers its free sports pick for Monday night.

The difference in this game will be West Virginia’s stifling defense that is allowing 66.0 points per game to teams that would combine to average 74.9 points per game. The Mountaineers are also 11-2 SU and 7-3 ATS at home this season where they are limiting opponents to a mere 58.4 points per game on 39.1% shooting from the field and 28.4% from beyond the arc.

West Virginia ranks second in the nation in both steals (10.0), forced turnovers per game (18.3), while ranking 7th in turnover margin (+4.3) and 44th in scoring defense.

In fact, West Virginia is forcing its opponents to turn it over on 24.9% of their possessions, which is the best rate in the country. The Mountaineers are also limiting foes to just 0.91 points per possession and have nearly forced more turnovers (493) than opponents made field goals (550) this season. Let’s also note that Huggins’ squad is averaging 21.2 points off turnovers and boast an average margin of victory of +23.4 at home.

West Virginia also possesses a significant advantage on the boards where the Mountaineers are outrebounding their opponents 437 to 236 on the offensive. The Mountaineers are averaging 16.9 points per game from second chance points and rank second in the country in offensive rebounds per game (16.2).

Meanwhile, Iowa State arrives in Morgantown with a subpar defense that is allowing 75.1 points per game to teams that would combine to average just 73.6 points per game. More concerning is the fact that the Cyclones are yielding 78.5 points per game in conference play and 80.4 points in their last five games.

My math model favors West Virginia by 8 points so we are also getting solid line value with the Mountaineers. With Iowa State standing at 1-4 ATS in its last five games versus teams with a winning record, lay the points with the Mountaineers as Oskeim Sports’ free sports pick and invest with confidence.