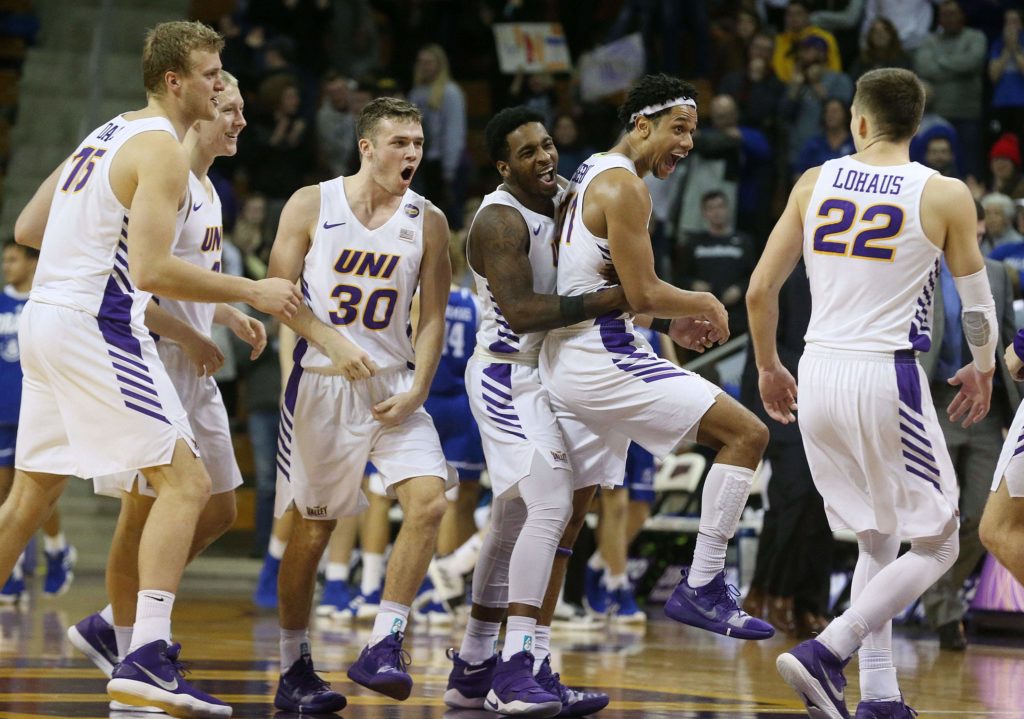 Oskeim Sports previews Wednesday’s Missouri Valley Conference clash between Loyola-Chicago and Northern Iowa.  Oskeim Sports recommends taking the points with the Panthers as one of his free sports picks for February 27.

Oskeim provides additional free sports picks at the bottom of this blog post.

Northern Iowa applies to a very good 45-12-1 ATS momentum system of mine that is predicated on the Panthers’ current 4-0 SU and ATS run. Northern Iowa is a profitable 60-36 ATS following four or more consecutive wins

The Panthers upset both Evansville (73-58) and Missouri State (63-43) as road underdogs and dominated Valparaiso (64-53) in their most recent win.

The underdog is 4-1 ATS in the last five meetings in this series, while the Panthers are 5-1-1 ATS in their previous seven home affairs.

In contrast, Loyola-Chicago is a money-burning 1-4 ATS in its last five road games and 27-47 ATS versus teams with a win percentage between .400 and .490.

The Panthers’ success has been based on a sound defense that is limiting opponents to just 63.9 points per game at home and 60.2 points over their last five contests.

Northern Iowa is yielding 63.2 points per game in conference play and should have success in shutting down an anemic Loyola-Chicago offense that is averaging a mere 59.0 points per game on the road.

In what should be a competitive game, Northern Iowa possesses a significant advantage at the foul line.  Specifically, the Panthers are shooting 74.2% from the free throw line this season, including 76.4% in conference play and 81.0% over their last five games.

Grab the points with Northern Iowa as one of Oskeim Sports’ free sports picks for Wednesday and invest with confidence.