Free Sports Picks: Buckeyes Getting Too Many Points vs. Houston 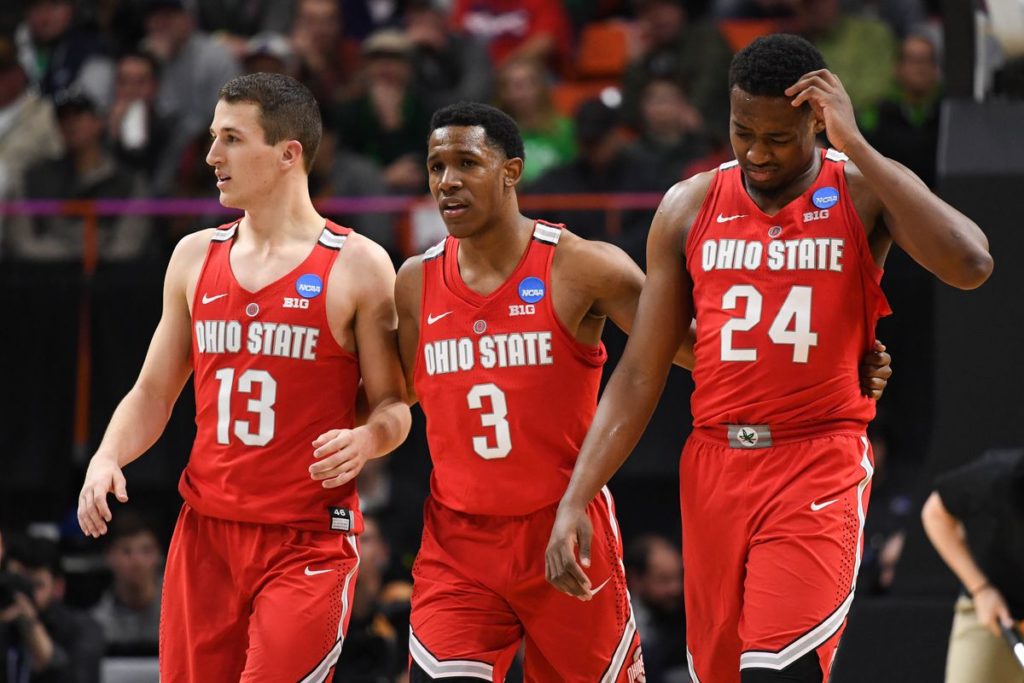 Oskeim Sports previews Sunday’s NCAA Tournament game between Ohio State and Houston.  Oskeim recommends grabbing the points with the Buckeyes as one of his free sports picks on March 24.

Oskeim also recommends taking the points with the Nebraska Cornhuskers in tonight’s NIT clash as one of his free sports picks.  Good luck and enjoy the games!

Houston was overseeded as a No. 3 seed in this year’s NCAA Tournament as my ratings made the Cougars a No. 6 seed. Houston possesses a decent offense that is averaging 75.9 points per game against teams that would combine to allow 70.2 points per game to a mediocre attack, but the Cougars rely too much on scoring from beyond the arc.

The Cougars score nearly 37 percent of their points from the three-point line, ranking 76th in the nation in three-point percentage (36.4).

Ohio State ranks 27th in defensive efficiency (94.2) and head coach Chris Holtmann will be sure to implement a game plan to take away the three-point shot from the Cougars. Holtmann has won Coach of the Year honors in three different leagues – Big South Conference (2013), Big East Conference (2017) and Big Ten Conference (2018).

However, the Buckeyes lost all four games in which either center Kaleb Wesson or guard C.J. Jackson missed. Wesson, who led the Buckeyes in scoring (14.4 ppg) and rebounding (6.8), was suspended for three games, while Jackson (12.2 ppg, 3.5 apg) missed some action due to health issues.

Ohio State was being projected for a higher seed in the bracket before Wesson’s suspension late in the season. The Buckeyes are 4-2 SU in their last six games in which Wesson has logged minutes. Wesson is responsible for the Buckeye’s opening round upset over Iowa State.

The star center had 21 points and 12 rebounds to lead the 11th-seeded Buckeyes to a 62-59 upset of sixth-seeded Iowa State in the Midwest Region on Friday night. Ohio State outrebounded the Cyclones 38-31 and Wesson imposed himself inside throughout the game.

What makes the Buckeyes’ win most remarkable is the fact that they shot just 39.7 percent from the field and 25.0 percent from beyond the arc (on 20 attempts) yet dominated Iowa State for 40 minutes.

Holtmann has now won an NCAA tournament game in five consecutive seasons after Friday’s win over the Big 12 tournament champions. The issue for Houston at the defensive end of the floor is its propensity to foul.

The Cougars rank in the bottom 80 in the country in opposition free throw rate; Ohio State is shooting 73.5 percent from the charity stripe this season, including 75.7 percent over its last five games.

Finally, top 3 seeds in the NCAA Tournament are a money-burning 17-32-1 ATS (34.6%) in the second round, including 9-23-1 ATS (28.1%) as favorites of seven points or less. I should also note that the Big Ten Conference has completely dominated the NCAA Tournament to date.

Take the points with Ohio State as one of Oskeim Sports’ free sports picks for March 24.