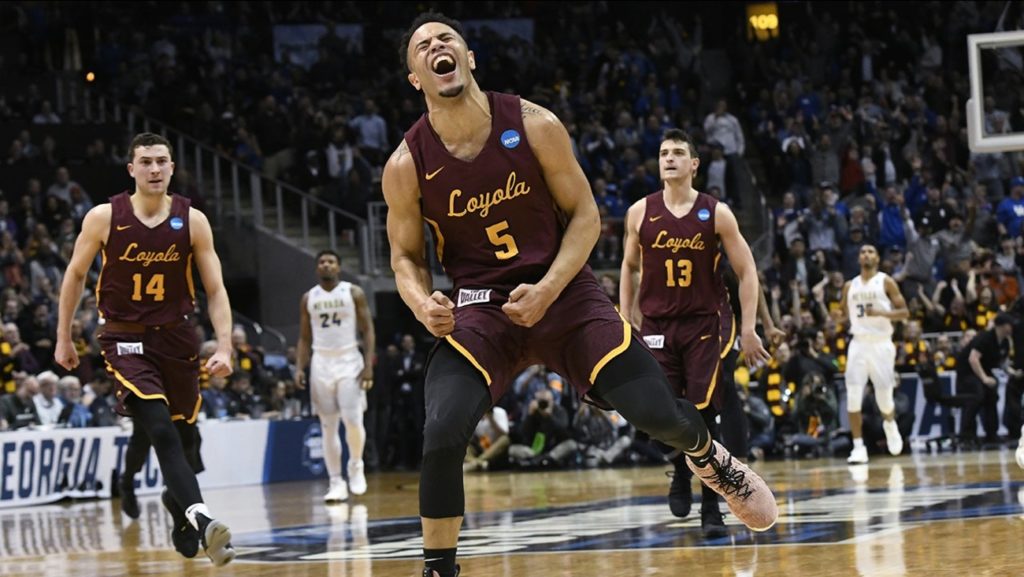 Oskeim Sports previews Sunday’s college basketball game between Missouri State and Loyola-Chicago.  Oskeim recommends laying the points with the Ramblers as one of his free sports picks for February 17.

Missouri State travels to Gentile Arena for a pivotal Missouri Valley Conference game against the Ramblers.  Loyola-Chicago holds a one-game lead over the Bears and is looking to win back-to-back regular-season conference titles for the first time in program history.

The dynamics of this game strongly favor Loyola-Chicago, who is seeking avenge a humiliating 70-35 loss to Missouri State in January.  It marked the Ramblers lowest output in decades and their worst conference defeat since 1993.  The revenge factor is further enhanced by the fact that the Ramblers were held to just four field goals in the second half!

Loyola-Chicago has won eight straight home games inside the friendly confines of Gentile Arena and is a perfect 6-0 ATS at home in conference play this season.  The Ramblers’ success begins at the defensive end of the floor where they are allowing 60.8 points per game to teams that would combine to average 71.4 points per game against a mediocre stop unit.

Loyola-Chicago’s offense has been heating up over its last four contests at Gentile Arena.  The Ramblers are averaging 73.3 ppg and shooting the ball extremely well.   Indeed, Loyola-Chicago is connecting on 54.7 percent (105-for-192) of its attempts from the field and 56.6 percent (30-for-53) from three-point territory.

Loyola-Chicago’s attack is led by senior Marques Townes, who is averaging 15.3 points per game and having a breakout campaign in his final collegiate season.  Townes has scored ten or more points in fourteen consecutive games, while sophomore center Cameron Ktutwig is contributing 14.3 points and 7.6 rebounds per game.

From a technical standpoint, college basketball home favorites with same-season revenge following an upset road loss are a profitable 128-27 SU (82.6%) and 92-57.6 ATS (61.7%). Loyola-Chicago enters off a 61-54 loss at Bradley as a 3-point favorite and is looking to avenge its 70-35 massacre at the hands of the Bears.

The Ramblers are 21-10 ATS in their last 31 conference affairs and 22-4-2 ATS as favorites in straight-up wins with revenge.  In contrast, Missouri State is just 5-15 SU and 6-14 ATS in its previous 20 road games, including 4-14 ATS versus opponents with a .601 or greater home win percentage.

With Missouri State standing at 1-4 ATS in the last five meetings in this series, lay the points with the Ramblers as one of Oskeim Sports‘ free sports picks for Sunday, February 17.