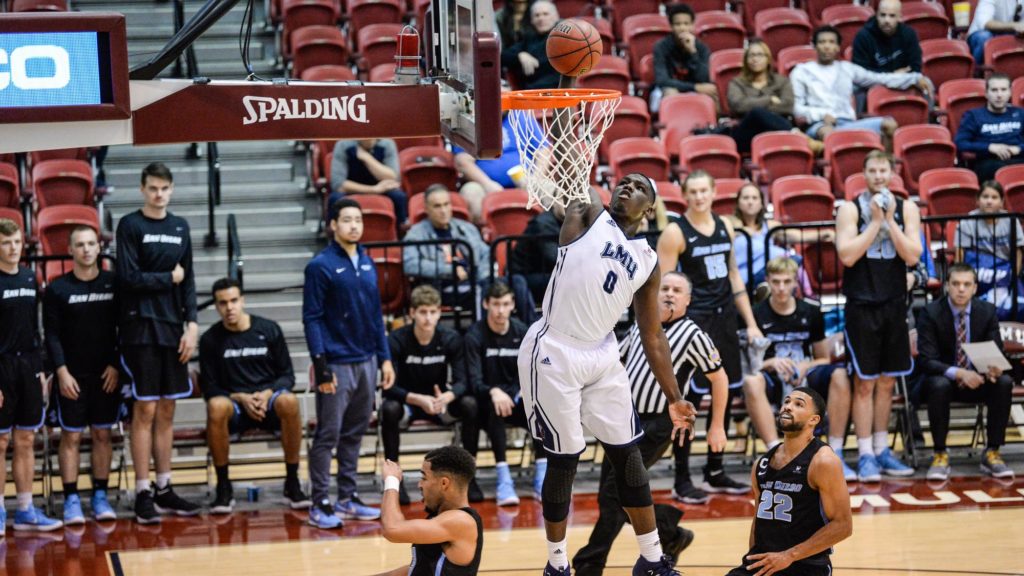 Oskeim Sports previews Thursday’s college basketball game between the Loyola-Marymount Lions and San Diego Toreros.  Oskeim recommends grabbing the points with the Lions as one of his free sports picks for February 7.

Oskeim also provides three additional free sports picks at the end of this preview so be sure to scroll down to see all of his free winners!

Loyola-Marymount was one of the youngest teams in the nation last under veteran head coach Mike Dunlap. Indeed, the Lions had four freshmen and two other first-year players start games at various junctures of the 2017-18 campaign.

Following a strong finish to last season, which included an upset over BYU, Dunlap decided to take his young squad to Australia over the summer for exhibition games and team-building exercises.

After finishing 11-20 last year, the Lions enter tonight’s game with a 16-7 overall record, including winning ten of their 11 games at home.  The Toreros are just a half a game ahead of the Lions in the West Coast Conference standings, with each team winning five games through the first stretch of conference play.

The Lions’ success has been predicated upon a stout defense that is allowing just 62.0 points per game to teams that would combine to average 71.8 points per game against a mediocre stop unit.

The Lions posted their, “best defensive game since I’ve been here,” according to Dunlap, the last time the team played at home.  The Lions limited Pacific to 30.6 percent shooting, including 24.0 percent in the first half, on January 31 to win 60-42. The 42 points allowed that night was the fewest by a Loyola Marymount team since beating Pacific, 43-42, on February 28, 1964.

Loyola-Marymount is coming off a 67-49 loss to BYU, which is significant in that the Lions are 8-1 ATS in their last nine games following a loss and 4-1 ATS in their previous five affairs after failing to cover the Vegas number.

I can also envision a scenario under which the Toreros overlook Loyola-Marymount as they already defeated the Lions by double-digits and have a conference revenge affair on deck against Pepperdine.

Finally, my math model actually favors Loyola-Marymount in this game so grab the available points with the Lions as one of his free sports picks on Thursday.