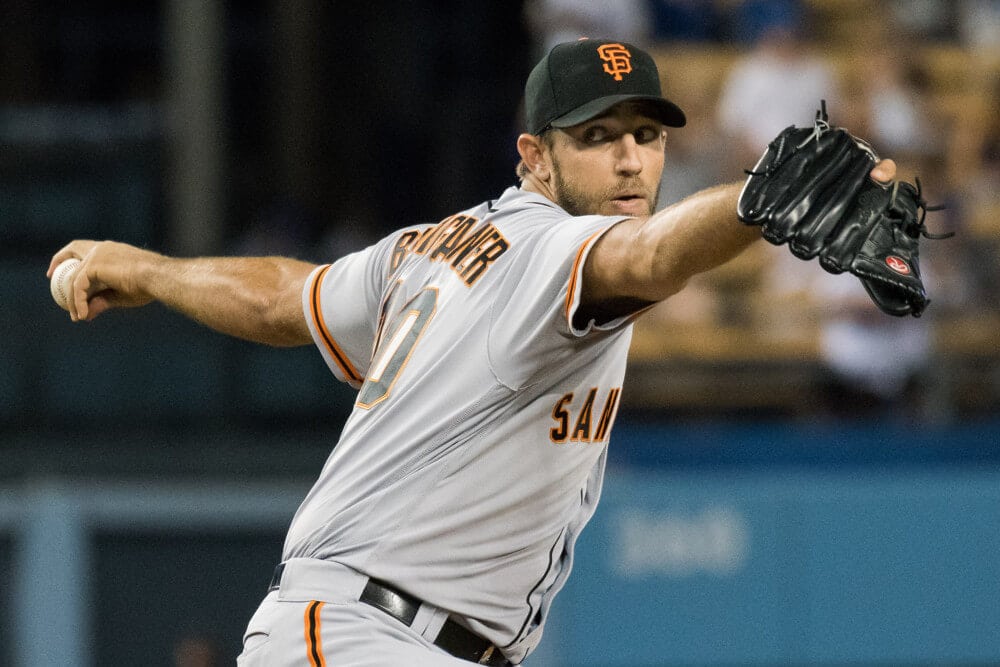 If you answered yes to any of those questions, you have come to the right place!  Oskeim Sports is the home of the best and most in-depth free sports picks in the industry.

Oskeim recommends taking the San Diego Padres behind Tyson Ross as one of his free sports picks for tonight.  Good luck and enjoy the games!

San Diego has lost four straight and five of its last 6 games overall entering tonight’s series-opener against the Giants.  The good news for the Padres is that they have won four of the first 7 meetings in this series and are 11-5 in their last sixteen games following a loss.

The 31-year-old is a nice trade chip for the floundering Padres based on his strong season-to-date numbers, although his velocity has been declining all season.  The drop in velocity has resulted in subpar FIP and xFIP numbers:

With that said, Ross has allowed three or fewer runs in seven consecutive starts and has twice pitched the Padres to wins over San Francisco this season.  He limited the Giants to just one unearned run in a 5-1 home win in April, then left with a 2-1 lead in San Francisco on May 1.

Bumgarner toes the rubber with a 4.67 ERA, 5.17 FIP and 4.99 xFIP in his first three starts after returning from a broken finger.  The Giants have lost each of those three starts and Bumgarner has reached the seventh inning since his return.  The latter fact is significant in that San Francisco’s bullpen blew leads in four losses against the Marlins over the last ten days.

San Francisco reliever Hunter Strickland blew a save on Monday and subsequently broke his finger after punching a wall in frustration.  Fellow reliever Sam Dyson assume the closer role for the Giants but he was yanked in Wednesday’s game after allowing two ninth-inning runs.

Take the San Diego Padres at an excellent price as one of Oskeim’s free sports picks for Thursday, June 21.