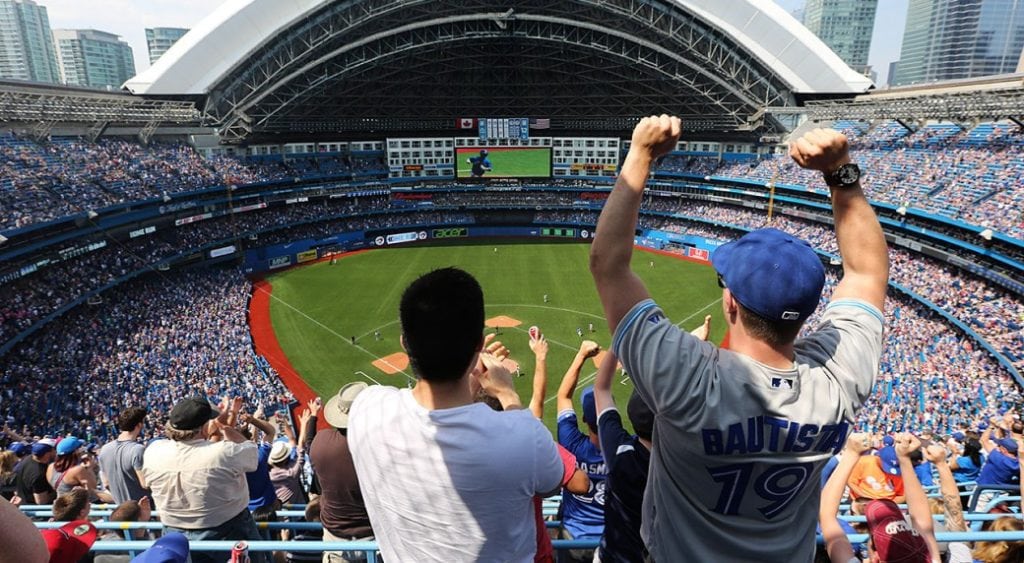 On Wednesday, June 6, Oskeim Sports previews the MLB game between the New York Yankees and Toronto Blue Jays.  Oskeim gives a small lean on Toronto as one of his free sports picks.

The Yankees arrived in Toronto on Tuesday and proceeded to win the series opener 7-2 behind Miguel Andujar’s first career grand slam and a three-run blast by Aaron Hicks.

In two previous outings against Toronto this season, Gray allowed a combined six runs on 12 hits and 7 walks in 7 1/3 innings (7.32 ERA).  Overall, Gray owns a 3.09 ERA and 1.45 WHIP in ten career starts against the Blue Jays, including going 2-3 with a 2.31 ERA in six career outings at the Rogers Centre.

Technically speaking, the Yankees are just 4-9 in Gray’s last thirteen starts against American League East foes, 1-7 in Gray’s last eight outings following a Quality Start and 2-6 in his previous eight starts on four days of rest.

While the price is appealing with Toronto, I am concerned by the fact that the Blue Jays are just 12-18 at home this season, including losing nine of their last 10 games at the Rogers Centre.

Even more concerning is the fact that Toronto has gone 31 games without winning two in a row, which is tied for the third-longest stretch in franchise history.  The Blue Jays are 8-21 in their last 29 games, 0-6 in their last six divisional affairs and have dropped five straight during game 2 of a series.

With that said, the Yankees fall into a very negative 20-34 system that invests against certain road favorites with a starting pitcher whose WHIP is 1.50 or greater on the season.

Toronto applies to a solid 28-18 situation that invests on certain underdogs against an opposing pitcher with an ERA of 4.70 or greater on the season.

I am not thrilled with Wednesday’s MLB card and would only give a small lean with the Toronto Blue Jays as one of my free sports picks for June 6.

Be sure to check back daily for more winning free sports picks from Oskeim Sports!