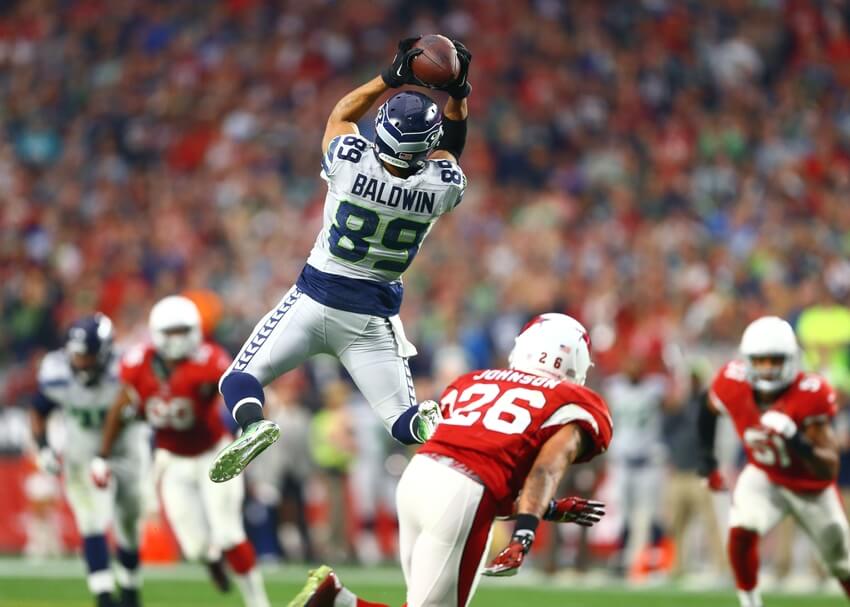 Seattle knows that wins over Arizona and San Francisco in its final two games of the regular season effectively guarantees a first round bye in the playoffs.  The Seahawks are a perfect 7-0 SU at home this season (4-2-1 ATS), and it’s difficult to imagine a scenario under which Arizona (5-8) shows any interest in playing on Christmas Eve before one of the most difficult atmospheres in the NFL.

Seattle possesses a decent offense that is 0.1 yards per play better than average (5.9 yards per play against teams that would combine to allow 5.8 yards per play), but the Seahawks’ attack becomes potent on its home turf.  Indeed, Seattle is averaging 28.0 points and 379 points per game at 6.2 yards per play at home this season.

Quarterback Russell Wilson is completing 68.1% of his pass attempts at home for 264 yards at 7.9 yards per pass play.  Seattle should move the ball effectively against an Arizona defense that is allowing 29.7 points and 304 total yards at 10.2 yards per point on the road. Opposing quarterbacks are completing 64.7% of their pass attempts at home against Arizona’s secondary.

The scheduling circumstances also favor Seattle as the Cardinals are playing their fifth road game in seven weeks and were eliminated from postseason contention with last week’s 48-41 loss to New Orleans. Meanwhile, Seattle is coming off a ho-hum 24-3 home win over the Rams last Thursday and has had a few extra days to prepare for Saturday’s clash with Arizona.

The Seahawks are 19-6-1 ATS in their last 26 December affairs, 11-5 ATS in their last sixteen games versus teams with a losing record, 35-17 ATS a home versus .499 or worse opposition and have covered four straight home games.

With Seattle standing at 4-1 ATS in the last five meetings in this series, lay the points with the Seahawks as Oskeim Sports’ Free NFL Sports Pick for Saturday, December 24.