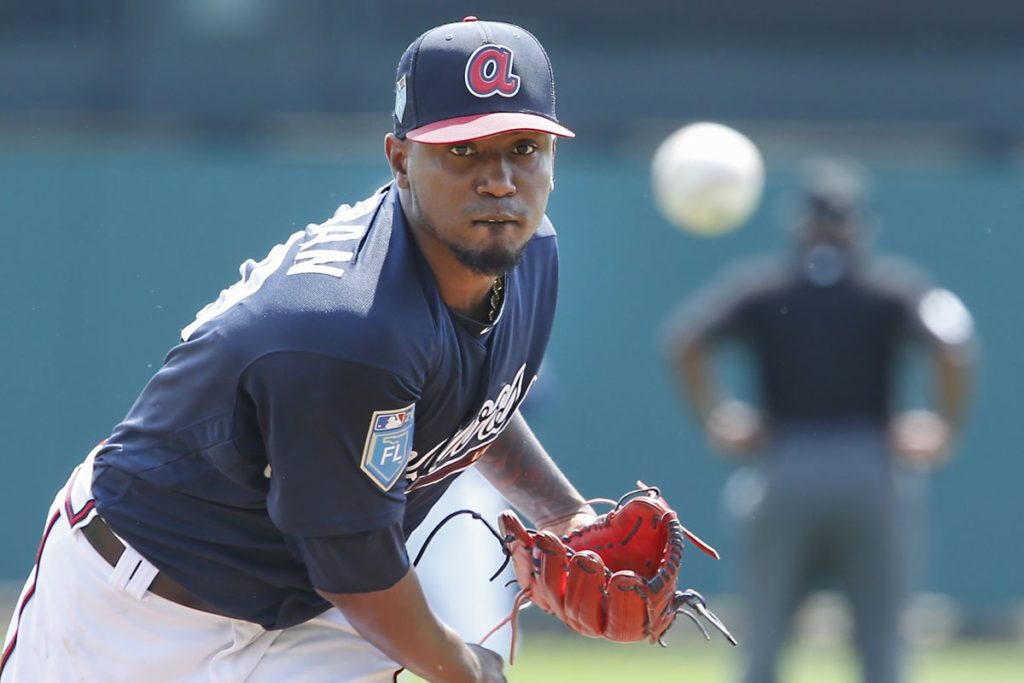 Oskeim Sports provides several free picks in this blog, including the winner of tonight’s interleague game between the Atlanta Braves and Tampa Bay Rays.  Oskeim recommends taking the Rays as one of his free picks for Wednesday, May 9.

Oskeim also suggests taking the San Diego Padres at plus-money tonight as one of his free picks.

The 27-year-old has a habit of outperforming his peripherals as evidenced by last year’s figures in which his ERA was a full 0.46 points lower than his FIP.

Teheran’s ground ball rate continues to suffer a steady decline (36.8% GB%), while his hard contact rate continues to climb into dangerous territory (34.7% Hard%). His stellar road ERA is undermined by a 4.59 xFIP and 12.7% walk rate and has been largely driven by an unsustainable .205 BABIP.

Tampa Bay southpaw Ryan Yarbrough takes the mound with a 3.33 ERA, 1.07 WHIP and 4.06 FIP in 24.1 innings this season (8 appearances, 1 start). The rookie hurler is coming off his best outing in the majors, throwing five scoreless innings of relief against the Blue Jays last week. Tonight’s matchup is also favorable for Yarbrough.

“With the lineup that they’re featuring, if we’re being completely honest, they throw a lot of lefties at the top,” Tampa Bay manager Kevin Cash said. “With Yarbrough being left-handed, I think he can give us some length.”

Atlanta enters tonight’s contest without starting shortstop Dansby Swanson, who landed on the disabled list last Friday after tweaking his left wrist on a swing. Finally, entering this week, the Rays .667 win percentage since April 15 was fourth-best in baseball. Take Tampa Bay as one of Oskeim’s Free Picks for Wednesday, May 9.

Oskeim Sports’ Free Picks for May 9:

San Diego Note: We are getting a home underdog behind a very promising young arm in Joey Lucchesi. The talented southpaw toes the rubber with a 3.13 ERA, 1.18 WHIP, 3.80 FIP and 3.61 xFIP, together with a promising 26.3% strikeout rate.

Lucchesi is the only Padres pitcher with three wins and owns the lowest ERA among the starting rotation. Washington is batting just .208 with a .646 OPS versus left-handed starters this season (3.5 runs per game) so the matchup is favorable to the Padres tonight.

Let’s also note that the Nationals are just 3-8 in their last eleven games versus a left-handed starter. San Diego is coming off a shutout loss, which is relevant in that the Padres are a profitable 11-6 after being blanked and 14-6 when seeking to avenge a shutout loss over the past two seasons.

Washington veteran Gio Gonzalez toes the rubber with a 2.33 ERA but he has been aided by a lucky 81.0% left on base percentage. The left-hander is also backed by an atrocious Washington bullpen that owns a 4.67 ERA in 2018, including a 6.07 ERA on the road and a 4.68 ERA at night.

Finally, Washington is dealing with a host of injuries. Specifically, starting second baseman Daniel Murphy and starting left-fielder Adam Eaton are both sidelined for tonight’s game. The Nationals are also without center-fielder Brian Goodwin, who is out with a wrist injury.

Take the home underdog in the Padres as one of Oskeim’s free picks for Wednesday.  Good luck!