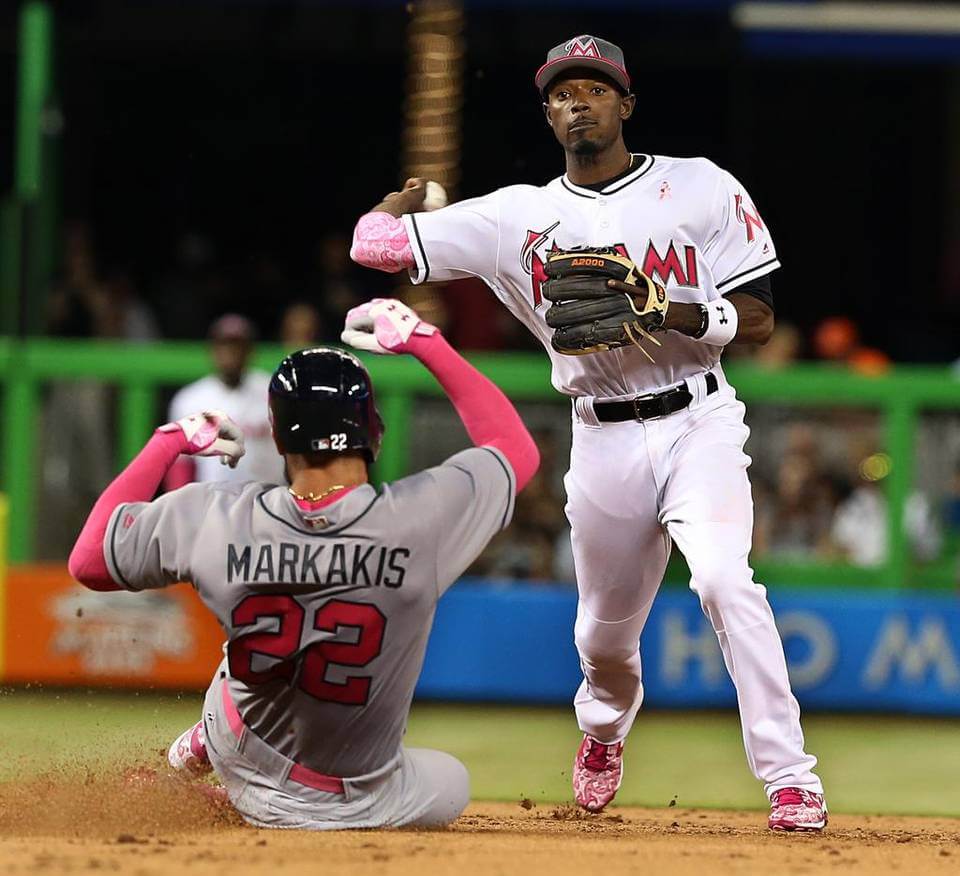 The Marlins have now won five straight games versus National League East foes after last night’s 5-0 win over Atlanta and are 8-2 in their last ten games versus teams with a losing record.  This streak alone warrants a free pick on Miami.

The bad news for Atlanta starter Jaime Garcia, who owns a 3.16 ERA, 4.11 FIP and a 4.64 SIERA, is the fact that the Braves are mustering just 2.7 runs per game in his twelve starts in 2017. In Garcia’s last three outings, the Braves have only scored three runs, all of which resulted in losses.

Miami outfielder Giancarlo Stanton is 7-for-10 with three home runs and six RBIs against Garcia in his career. On April 12, Stanton crushed two home runs off Garcia at Marlins Park. The exit speeds, per Statcast, were 115.6 mph and 110.1 mph!

In Garcia’s three most recent starts against the Marlins, he has allowed a combined 14 runs (13 earned) on 22 hits and five walks across 14 2/3 innings of work.

Finally, the Braves are a money-burning 3-9 in their last twelve games with umpire Doug Eddings behind home plate, whereas road teams are 5-2 in Eddings’ last seven games calling balls and strikes.

With Miami standing at 9-4 in its last 13 road games versus left-handed starters and 4-1 in its last five games following a win, take the Marlins as Oskeim Sports’ Free Pick for Saturday, June 17.