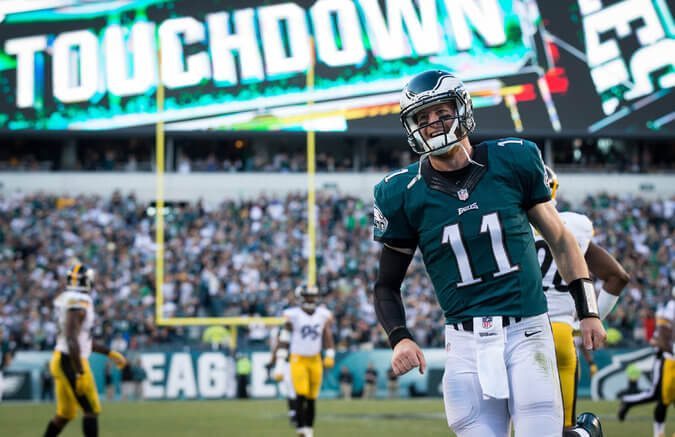 The injury-riddled Bengals enter one of their favorite months – December – where they are a profitable 12-4 ATS over the past few seasons.  Cincinnati quarterback Andy Dalton is 14-7-1 ATS during the month of December in his NFL career, including 9-2-1 ATS versus non-division opponents (7-0 ATS in the last seven chances).

In contrast, Philadelphia is a money-burning 5-11 ATS in its last sixteen December affairs and is coming off a blowout loss to the Packers on Monday night.

That defeat is significant in that the Eagles are just 1-9 ATS following a double-digit home loss and 1-5 ATS after playing under the Monday Night lights.  Philadelphia is also 0-9 ATS since November 28, 2010 in road games following a home tilt, provided they are favored on the road (check point spread).

The foregoing technical analysis is only one reason for our NFL sports pick recommendation on the Bengals.

The Eagles are 1-5 SU and ATS on the road where they are averaging a pedestrian 5.1 yards per play, and Carson Wentz will struggle to move the chains consistently against a Cincinnati defense that is limiting foes to just 17.2 points per game at home this season.

For totals bettors, the OVER is 12-0 in the Eagles’ last twelve games after scoring 24 or more points in their previous game.  The OVER also applies to a very good 34-8 (81%) totals system of mine that has produced profits in each of the past five seasons.