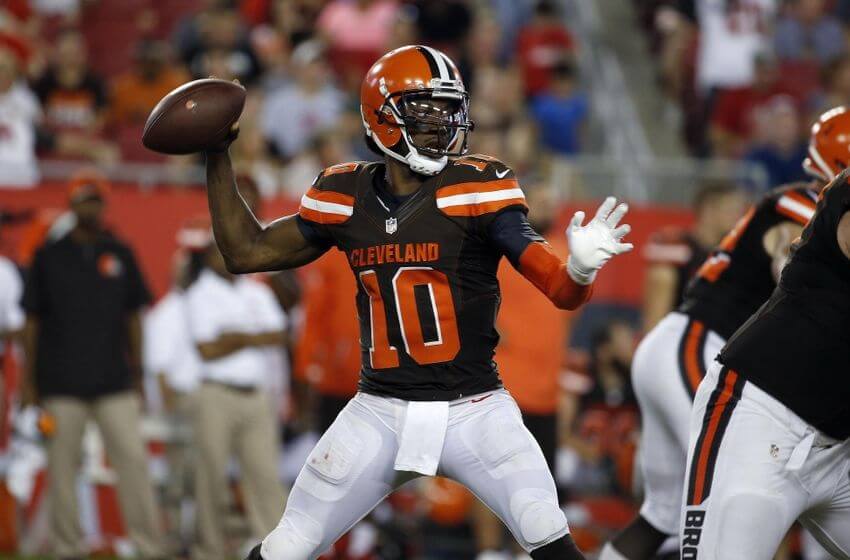 “It is just an opportunity to get to play in the NFL with a group of guys that do not deserve to be 0-12,” Griffin said.  “I just want to come in, give the team as much of a spark as I possibly can, have fun and hopefully, we can go 4-0 because that is what we have been working for in this last quarter of the season.”

With that said, Cleveland’s futility this NFL season is unrivaled: the Browns have lost fifteen consecutive games (going back to last year) and own a league-worst minus-155 point differential.

You would have to go back thirty years to find the last NFL team to lose 15 straight regular season games!  When Cleveland takes the field on Sunday, it will have been 364 days since their previous win (December 13, 2015 vs. San Francisco).

While Cleveland is 0-12 this season, the Browns are worthy of an investment this week based upon a number of contrarian NFL situations that have been extremely profitable over the years.

NFL teams that are winless after Game 6 of the regular season are a profitable 18-2-1 ATS following a bye week since 1980.  NFL division home underdogs off back-to-back home losses are 14-6 SU and 17-3 ATS versus .749 or worse opposition.

Finally, Cincinnati’s playoff hopes are slim-to-none as a postseason berth would requre, at a minimum, the Ravens and Steelers to both lose three of their final 4 games.  Oh, and thew Bengals would have to run the table to even make that scenario possible.

In what can only be described as an ideal “buy low” opportunity, grab the points with the Browns as Oskeim Sports’ Free NFL Pick for Sunday, December 11.