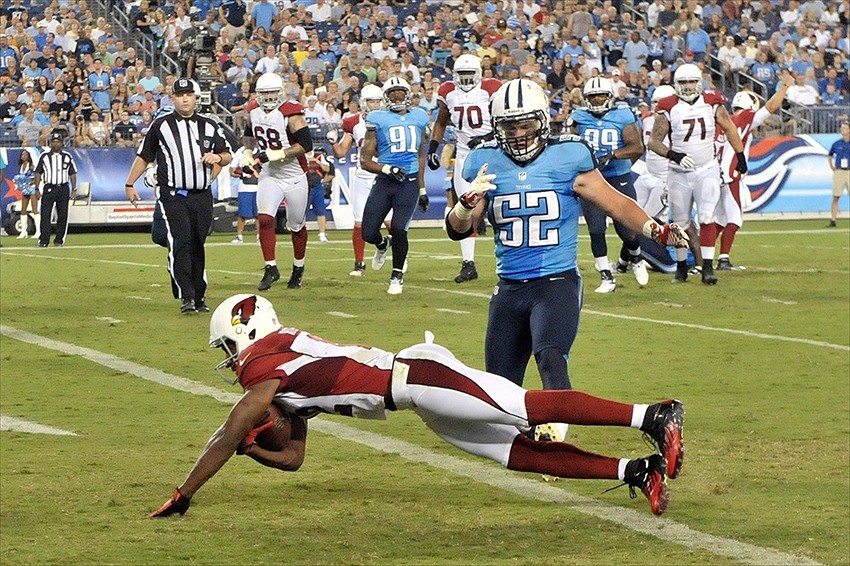 Oskeim Sports provides bettors with free NFL picks throughout the season.  Please find below one of Oskeim’s free NFL picks on the Tennessee/Arizona game on Sunday, December 10.

One of the issues for Tennessee has been playing away from home where it’s just 3-3 SU and 2-4 ATS. The Titans are allowing 25.7 points per game at 11.8 yards per point on foreign soil this season, which is significantly higher than their season-to-date average of 14.0 yards per point.

Opposing teams are averaging a time of possession of 32:24 against Tennessee’s pedestrian defense, which takes its toll during the course of a game. In fact, the Titans were on the short end of possession time versus Houston (33:49 to 26:11) and Indianapolis (31:22 to 28:38).

Arizona’s once-promising season has been derailed by injuries. The Cardinals lost dynamic running back David Johnson in Week One when he fractured his wrist and was lost for the season.

Recently acquired running back Adrian Peterson has also missed time due to a neck injury (Peterson did not practice on Tuesday or Wednesday and his status for Sunday’s game is unknown). However, Arizona has been competitive despite the injuries, knocking off Jacksonville 27-24 two weeks ago as six-point underdogs and nearly upsetting the Seahawks as six-point underdogs. The Cardinals are once again in their preferred role as underdogs where they have posted an 18-11-1 ATS mark at home.

Arizona head coach Bruce Arians is a profitable 14-2 SU and 13-3 ATS at home versus teams coming off a SU and ATS win, including a perfect 13-0 SU and 12-1 ATS against non-division opponents. The Cardinals are 19-5 SU and ATS as home underdogs versus non-division foes, 13-6 ATS in their last nineteen December affairs and 7-0 ATS following a loss to the Rams when owning a .499 or worse record.

Tennessee is also 2-9 SU and 2-8-1 ATS on the road after clashing with the Texans and 3-13-1 ATS in their last seventeen road games against teams with a sub-.500 home record.

Finally, the situation strongly favors Arizona, who is playing its third consecutive home game. The Titans are traveling for the third time in 4 weeks and have another trip out west to San Francisco on the horizon. There is nothing inspiring about this non-conference road tilt against the 5-7 Cardinals. Grab the points with the live home underdog as one of Oskeim Sports’ free NFL picks.