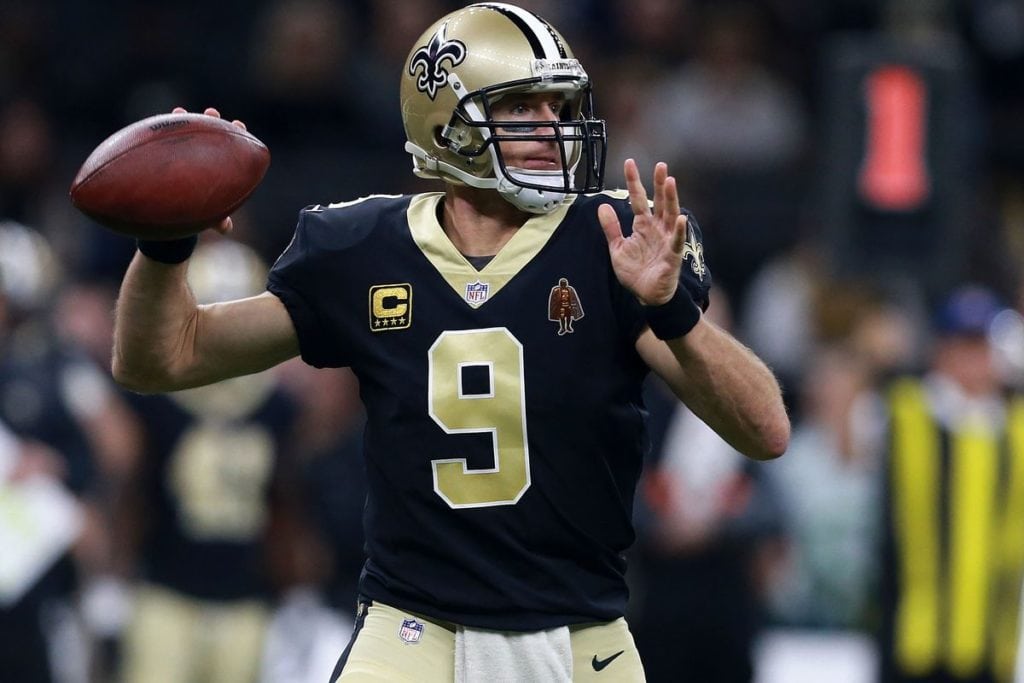 Oskeim Sports previews Sunday’s NFL game between the New Orleans Saints and Atlanta Falcons.  Oskeim recommends taking the Saints plus the points as one of his free NFL picks for September 23.

Oskeim also suggests taking the UNDER in the San Francisco/Kansas City game as one of his free NFL picks.

New Orleans quarterback Drew Brees should have success exploiting the middle of the field against an Atlanta defense missing both strong safety Keanu Neal and linebacker Deion Jones. Brees quietly put together a phenomenal season in 2017-18, posting his best yards per attempt average (8.1) since 2011 and a career-best 1.5 percent interception rate.

Brees also finished last season with a career-best and NFL record 72 percent completion rate together with his best passer rating (103.9) since 2013. Brees has thrown for 5,000 or more yards five times in his career and eclipsed the 70 percent completion threshold four times, yet remains one of the most underrated and undervalued quarterbacks in NFL history.

Michael Thomas is poised to have another breakout game after pulling down an NFL-record 28 catches through the first two weeks of the season. Thomas set a franchise record with 16 catches for 180 yards and a touchdown in a 48-40 loss to Tampa Bay in Week 1 and caught 12 passes for 89 yards and two touchdowns last week against Cleveland.

The Saints should also have success on the ground against a subpar Atlanta front seven that is allowing 5.2 yards per rush attempt to a group of running backs that would combine to average 4.7 yards per rush play against a mediocre defense. Like Thomas, Alvin Kamara is primed to have a huge game against an injury-riddled Atlanta stop unit.

He also caught 81 passes for 10.2 yards per catch, which is remarkable production by a running back. Indeed, only fourteen running backs have produced better numbers than Kamara’s since 2001!

Let’s also note that New Orleans is 14-5 ATS in its last nineteen road games and 4-1 ATS in its last five Week Three affairs, whereas the Falcons have failed to cover the point spread in four of their previous 5 games following a loss.

Seven the past 9 matchups in Atlanta have been decided by four points or less and the underdog has been a 77.8% ATS winning proposition in this series. Since 2003, NFL teams that failed to cover the point spread in each of their first two games of the regular season are 47-32 ATS as underdogs in Week Three.

Finally, Brees emphasized a sense of urgency following the Saints’ near catastrophe in Cleveland. “It was really sloppy football. It was not sharp,” Brees said. Look for a much more focused effort from the Saints on Sunday – grab the points with New Orleans as one of Oskeim Sports’ free NFL picks for Sunday, September 23.