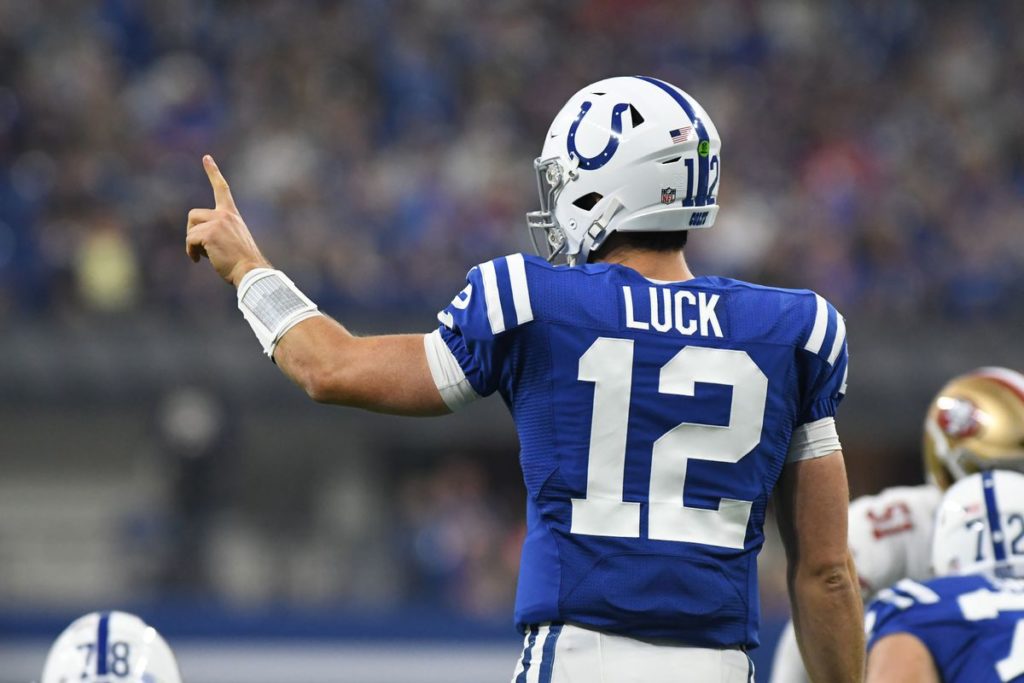 Oskeim Sports previews Sunday’s NFL game between the Indianapolis Colts and Dallas Cowboys.  Oskeim recommends laying the points with the Colts as one of his free NFL picks for December 16.

The injury status of Indianapolis wide receiver T.Y. Hilton keeps this from being an official investment. Hilton has been the best receiver in the league over the past four games, averaging eight catches and 139 yards over that span.

Hilton’s 556 total receiving yards is first in the NFL in that four-game stretch and his 33 receptions are second. Hilton’s presence on the field is important for more reasons than just his big play ability.

Dallas possesses an excellent defense that is yielding just 18.9 points per game (second-fewest in NFL) but Indianapolis quarterback Andrew Luck is an incredible 14-4 ATS in his NFL career versus defenses that average fewer than 20.0 points per game allowed.

Meanwhile, Indianapolis defensive coordinator Matt Eberflus previously served as the Cowboys’ linebackers coach from 2011-17 so he is intimately familiar with their schemes on both sides of the ball.

Technically speaking, Indianapolis is a profitable 16-5-1 ATS in its last 22 home games versus opponents with a winning road record and 4-0 ATS in its previous four games versus .501 or greater opposition.

The Colts also apply to a very good 25-6 ATS system that invests on certain NFL teams that have won two of their last three games versus a .501 or greater opponent.

With the home team standing at 4-1 ATS in the last five meetings in this series, lay the points with the Colts as one of Oskeim Sports’ free NFL picks for December 16.