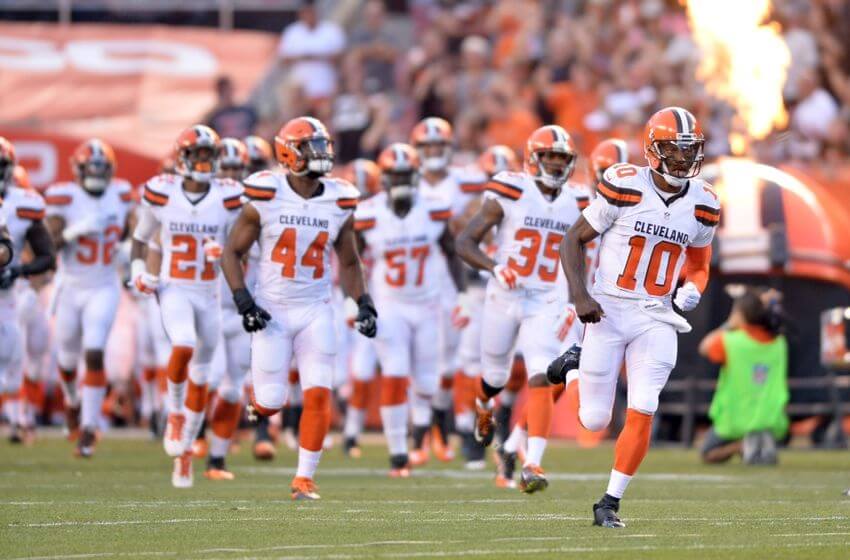 The Lions will have no success on the ground against a stout Cleveland front seven that rates 1.0 yards per play better than average against the run (2.9 yards per rush play to teams that would combine to average 3.9 yards per rush attempt against a mediocre defense).

While Detroit should be able to move the chains through the air against a subpar Cleveland secondary, quarterback Matthew Stafford is a money-burning 18-40 ATS against opposing defenses that are allowing at least 6.1 yards per pass play on the season.

In other words, Stafford has consistently failed to exploit poor defensive backfields in his career. Stafford has also repeatedly failed to exceed market expectations as a favorite as evidenced by his 19-27 ATS when laying points.

The Browns’ quarterback situation is a mess but at least they are able to run the ball, averaging 4.1 yards per rush play against teams that would combine to allow 3.9 yards per rush attempt to a mediocre ground attack. Cleveland has enjoyed even greater success on the road where it’s averaging 5.3 yards per carry this season.

Meanwhile, Detroit has lost each of its last three home games due to its inability to score touchdowns inside the red zone. Specifically, the Lions rank 27th in the league at 45.83% scoring touchdowns in the red zone.

Detroit is 1-5 ATS in its last six home affairs, 1-4 ATS in its last five games following a win and 5-12-1 ATS in its last nineteen games in Week Ten of the regular season. More importantly, the Lions are coming off an impressive 30-17 win over Green Bay on Monday night, which is significant in that they were 1-25 SU at Lambeau Field prior to that win under the prime time lights.

Talk about a letdown, especially when hosting a hapless and winless Cleveland squad. Detroit is a woeful 2-12 ATS after clashing with the Packers versus .499 or worse opposition.

Finally, my math model only favors Detroit by 9.1 points so we are getting decent line value on the road underdog. Grab the inflated number with the Browns as one of Oskeim Sports’ Free NFL Picks for Sunday, November 12.