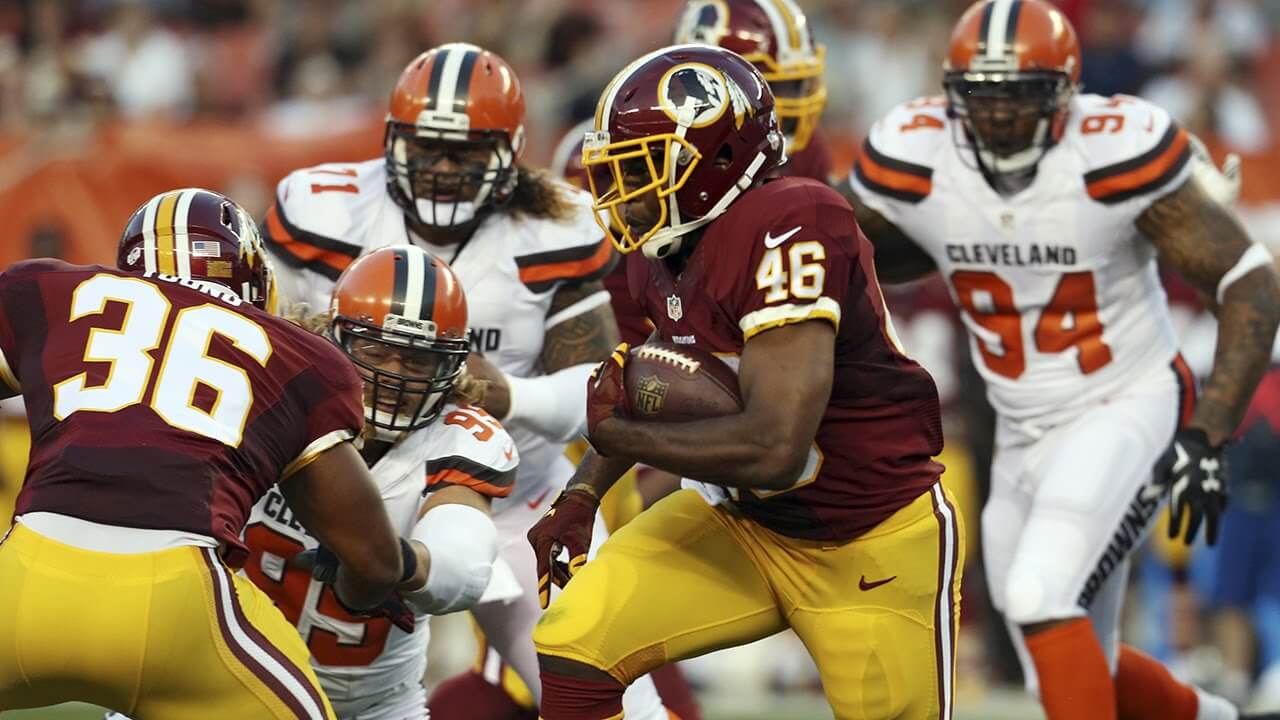 Washington is coming off a thrilling (and emotionally-draining) 29-27 come-from-behind win over the Giants, which triggers a 1-16 ATS NFL system that dictates investing against Game Four favorites off their first win of the season, provided the win was deemed an upset by Las Vegas.

The Redskins were 3.5-point underdogs last week and fall squarely within the foregoing system.  The technical analysis alone is strong enough to make Cleveland a free NFL pick in this game.

History also indicates that Washington suffers a letdown after playing the Giants, especially when the Redskins are facing a non-division opponent (1-7 ATS L/8).  Let’s also note that Game Four NFL favorites coming off their first win of the season after starting the campaign with back-to-back losses are just 6-29-1 ATS.

Washington has been a favorite six times with Kirk Cousins as starting quarterback, and the Redskins are 2-4 SU and 0-6 ATS in those contests.  Cousins remains inconsistent, especially in the red zone, and continues to misread coverages.

Meanwhile, the Redskins’ stop unit has allowed a play success rate of 56.3%, which is the worst in the NFL.  Washington’s defense has also allowed opposing teams to convert an incredible 57.9% (22-of-38) of their third downs this season.

Finally, my math model only favors Washington by six points and NFL road teams that lost their previous game but covered the spread (i.e. Browns) are 111-74 ATS in their subsequent game since 2003.

Cleveland also applies to a very good 117-79 ATS contrarian system that invests on certain road underdogs in the first four weeks of the regular season.  Grab the points with the Browns as our free NFL Pick for Sunday and invest with confidence.