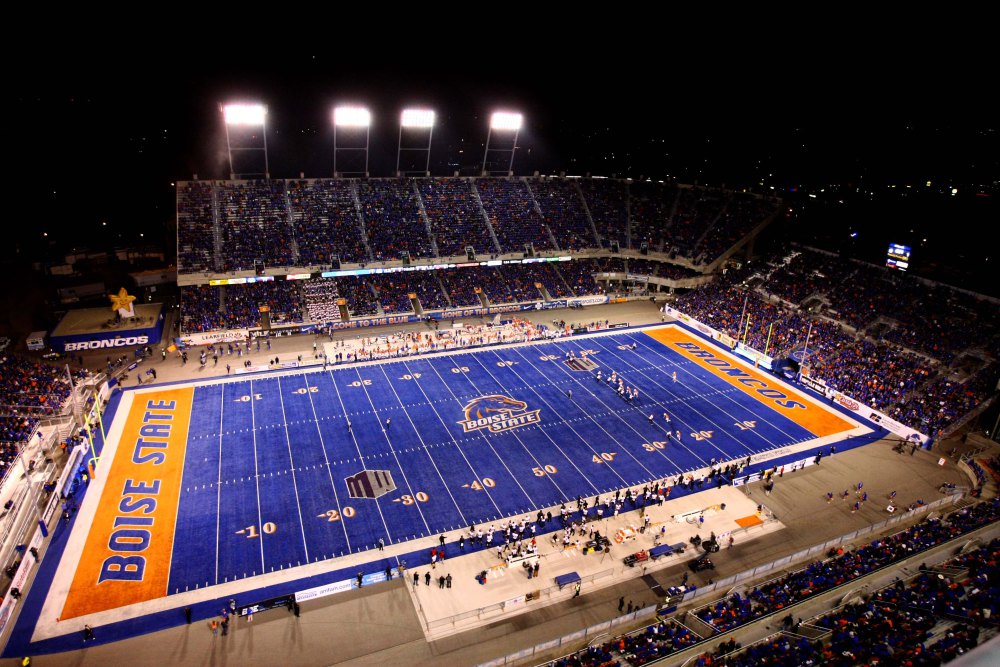 Oskeim Sports previews Saturday’s college football game between BYU and Boise State.  Oskeim recommends grabbing the points with the Cougars as one of his free NCAA football picks for November 3.

BYU is coming off a disappointing 7-6 loss to Northern Illinois, which is significant in that the Cougars are a profitable 5-1 ATS in their last six games following a loss and 4-1 ATS in their last five games after scoring fewer than 20 points in their previous contest.

BYU possesses a very good defense that is allowing 22.2 points and 336 total yards game at 5.2 yards per play to teams that would combine to average 5.6 yards per play against a mediocre stop unit.

The Broncos’ pedestrian ground game (4.2 yards per rush attempt against teams that would combine to allow 4.2 yards per rush play to a mediocre offense) will struggle to move the ball against a stout BYU run defense that has been 0.5 yards per carry better than average in 2018.

I also like the fact that Boise State is ranked 111th in the nation in red zone scoring percentage (77.27) so BYU should be able to limit the Cougars’ scoring opportunities on the blue carpet. The Cougars’ secondary is ranked 33rd in the country in opponent passing yards per game (200.9) and 42nd in opponent yards per pass attempt.

Meanwhile, the Cougars have an opportunity to exploit a subpar Boise State defense that is allowing 5.8 yards per play to teams that would combine to average 5.7 yards per play against a mediocre stop unit.

Neither team kicks the ball particularly well (FG%) but the Broncos have been the beneficiary of positive turnover luck (+0.6 turnover margin per game; #22). In contrast, BYU is 75h in the country with a minus-0.1 turnover per game margin.

Turnover luck typically evens out over the course of a season and I expect both teams to regress towards the mean moving forward. Boise State’s home field advantage on its infamous blue turf has been perpetually overvalued by the betting market.

Finally, the scheduling dynamics are terrible for Boise State, who is coming off a physical road win at Air Force and has a huge conference game against Fresno State on deck. I would not be surprised if the Broncos overlooked this non-conference affair in light of the fact that the Bulldogs are looming in the near future.

Grab the points with the Cougars as one of Oskeim Sports’ free NCAA football picks for Saturday.