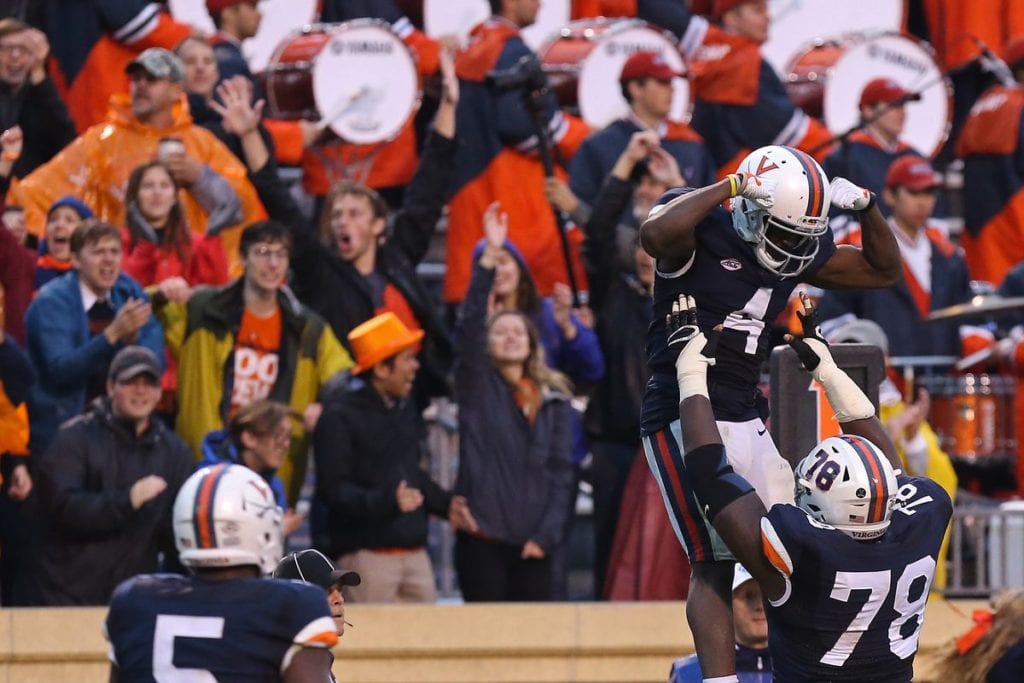 Oskeim Sports previews the college football game between Miami Florida and Virginia on Saturday, October 13 and recommends taking the Cavaliers plus the points as one of its free NCAA football picks.

Virginia is coming off a bye week, which is significant in that the Cavaliers are a profitable 9-2 ATS in their last eleven games with extended rest. The underdog is 12-2 ATS in the last fourteen meetings in this series, while the Hurricanes have failed to cover the point spread in four of their previous five games against Virginia.

Miami enters off an emotional one-point win (28-27) over Florida State in which the Hurricanes erased a 20-point, third-quarter deficit to remain relevant in the overrated ACC.

Miami quarterback N’Kosi Perry finished with four touchdowns but he only completed 13-of-32 passes and has been careless with the football. Perry had two fumbles in last week’s improbable win and put the ball on the ground against North Carolina as well.

The Hurricanes’ offense is 0.2 yards per play better than average (5.9 yards per play against teams that would combine to allow 5.7 yards per play to a mediocre attack), which is not good enough to move the chains against a very good Virginia stop unit.

Virginia third-year defensive coordinator Nick Howell fields a defense that creates a lot of havoc and is poised to create a number of turnovers against an offense led by Perry, who is a redshirt freshman who served as Malik Rosier’s backup at the start of the season. Let’s note that Virginia is 33-18 ATS in home games in which its defense forces two turnovers.

Howell also welcomes back a key member of the secondary in safety Brenton Nelson, who sustained a concussion against North Carolina State two weeks ago. Starting inside linebacker Malcolm Cook, a sixth-year player who has been out since September 8 with a knee injury, is also expected to return against the Hurricanes.

Meanwhile, Miami will be missing wide receiver Ahmmon Richards, who suffered a disabling neck injury and has decided to retire from football. Richards’ had 74 career receptions for 1,382 yards and six touchdowns and was a team leader on the offensive side of the ball.

He was considered a future NFL player who many thought would forego his senior season to enter the NFL Draft. No freshman in the country had more receiving yards two years ago than Richards, who finished with 934 yards on 49 receptions in 2016.

Fellow wide receiver Jeff Thomas hyper-extended his knee in Saturday’s comeback win over Florida State and did not participate in contact drills during the early part of practice this week. Thomas is Miami’s leading receiver with sixteen catches for 396 yards and three touchdowns and his status for Saturday’s game is questionable.

With Virginia standing at 4-1 ATS at home and 8-3 ATS against teams with a winning record, grab the points with the Cavaliers as one of Oskeim Sports’ free NCAA football picks for Saturday, October 13.