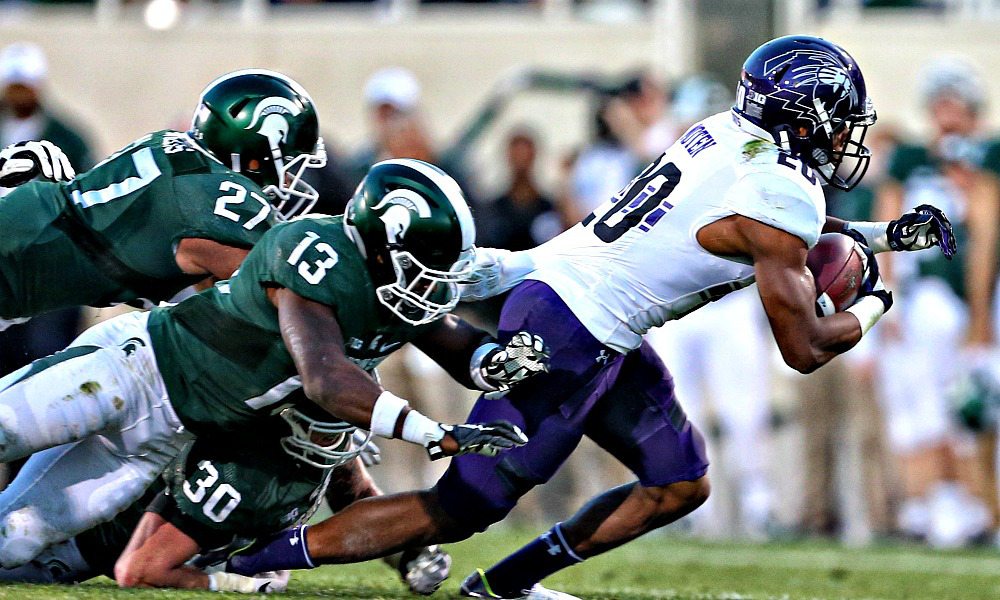 After an extremely disappointing 2016 campaign, Michigan State has bounced back with a vengeance this season, winning six of its first seven games. The Spartans are now traveling for the third time in four weeks and have a huge conference affair against Penn State on deck.

Michigan State arrives in town with a subpar offense that is averaging 22.7 points and 373 total yards per game at 5.1 yards per play against teams that would combine to allow 5.2 yards per play to a mediocre attack.

The Spartans’ attack has been even worse on foreign soil where they are averaging 22.0 points and 308 total yards per game at 4.7 yards per play. Michigan State also lacks the ability to generate explosive plays, averaging 16.4 yards per point.

With scoring being at a premium in this game, efficiency inside the 20-yard-line becomes imperative. Northwestern’s defense is 0.7 yards per play better than average (5.0 yards per play to teams that would combine to average 5.7 yards per play against a mediocre stop unit), giving them a significant 0.8 yards per play advantage from the line of scrimmage.

Northwestern is also limiting opponents to a mere 17.0 points per game at 4.9 yards per play and 20.4 yards per point at home this season.

From a technical standpoint, Michigan State is a money-burning 0-7 ATS as a road favorite over the last three seasons, whereas the Wildcats are 8-0 ATS after allowing less than 100 rushing yards in their previous game over the last two seasons.

Finally, my math model actually favors Northwestern in this contest so we are getting excellent line value with the live home underdog. With Northwestern standing at 7-1 ATS in its last eight October affairs and 4-1 ATS in its last five conference tilts, grab the points with the Wildcats as one of Oskeim Sports’ Free NCAA Football Picks for Saturday, October 28.